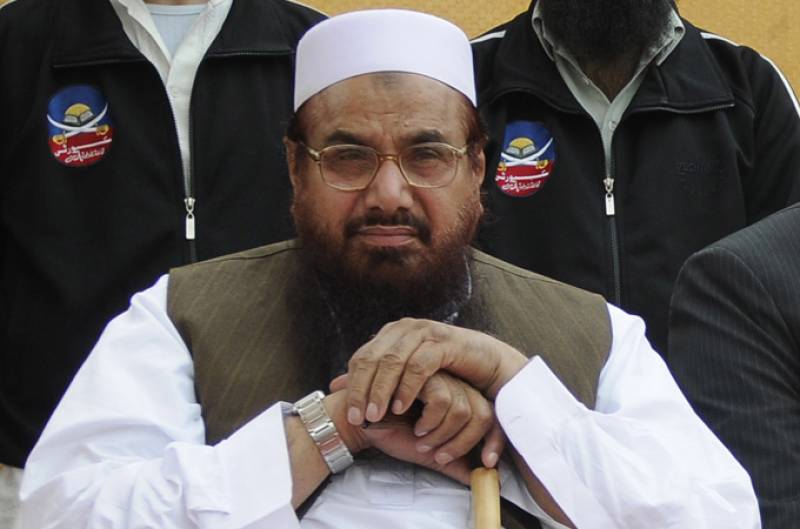 LAHORE - Hafiz Saeed plans to launch next phase of the legal battle to retrieve the assets of Jamaat-ud-Dawa (JuD) and its subsidiary Falah-i-Insaniyat Foundation (FIF) after Pakistan’s Supreme Court allowed the two outfits to continue their activities in the country, the JuD’s spokesman said on Wednesday.

The government took over around 184 buildings – schools, hospitals and dispensaries – belonging to the JuD and FIF after the promulgation of the presidential ordinance last year and subsequently administrators were appointed there.

The government had also frozen all bank accounts of both organisations and stopped them from collecting funds.

Last week, a two-member bench of the Supreme Court rejected an appeal by the government against an interim order of the Lahore High Court (LHC) on April 5 which had allowed the two groups to continue their “welfare work”.

The high court had restrained the government from interfering with the social work of the two groups and also allowed their legal activities.

“The JuD and FIF have only got the permission for work but its entire infrastructure is still under the government administrative control. The bank accounts are frozen and funds collection dried up. We will move the Lahore High Court to get the control of JuD and FIF properties back and also seek de-freezing their bank accounts,” JuD spokesman Ahmad Nadeem told the media on Wednesday.

He said the Supreme Court’s decision has given the JuD hope to get back its properties to resume its “social and charitable” works.

The JuD spokesman said: “Getting all our buildings back, accounts restored and starting collection of funds are major legal challenges for us. We will take the legal route, which may be longer – as getting court’s permission for charity work almost took seven months – but that is the preferred path for us.”

The government had taken action against JuD and FIF as they were placed on the United Nations Security Council’s (UNSC) sanction list.

Saeed was listed under UN Security Council Resolution 1267 in December 2008. He was released from house arrest in Pakistan in November.

The US Department of the Treasury has designated Saeed as a Specially Designated Global Terrorist, and the US, since 2012, has offered a $10 million reward for information that brings Saeed to justice.