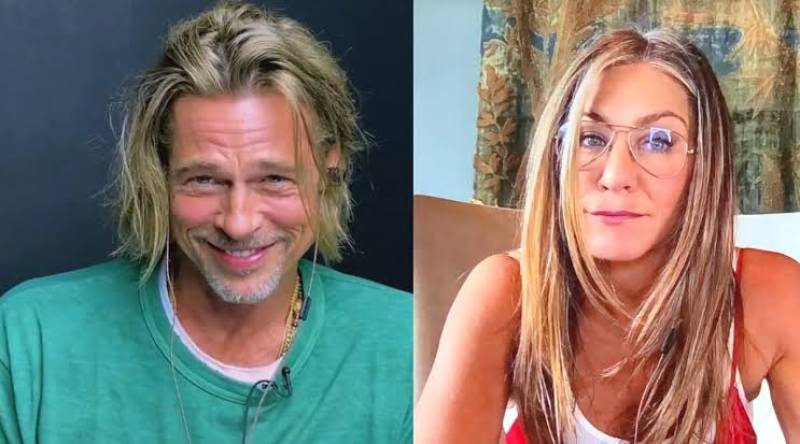 The incredibly entertaining Fast Times at Ridgemont High table read was every bit as frenzied as its cast list.

The actors, alongside Jimmy Kimmel, Morgan Freeman, Henry Golding, Shia LaBeouf, Matthew McConaughey, Sean Penn and Julia Roberts, among others, collaborated for an unrehearsed, read through of the 1982 coming-of-age film.

The former Hollywood couple performed together via Zoom as they essayed the roles of ardent high school students Brad Hamilton and Linda Barrett.

"Hi Brad. You know how cute I always thought you were. I think you're so sexy. Would you come to me?" said Anniston.

Both the stars portrayed their roles perfectly, but the remaining cast couldn't help but giggle and had their eyes fixed on Aniston and Pitt reciting the steamy scene. Pitt kept blushing throughout its entirety and couldn’t keep his face straight.

Despite a very public separation, Pitt and Aniston have rekindled their bond over recent years and were photographed together in January 2020 at the Screen Actors Guild Awards.

Pitt and Aniston were married from 2000 to 2005. After parting ways, Pitt started dating Angelina Jolie.