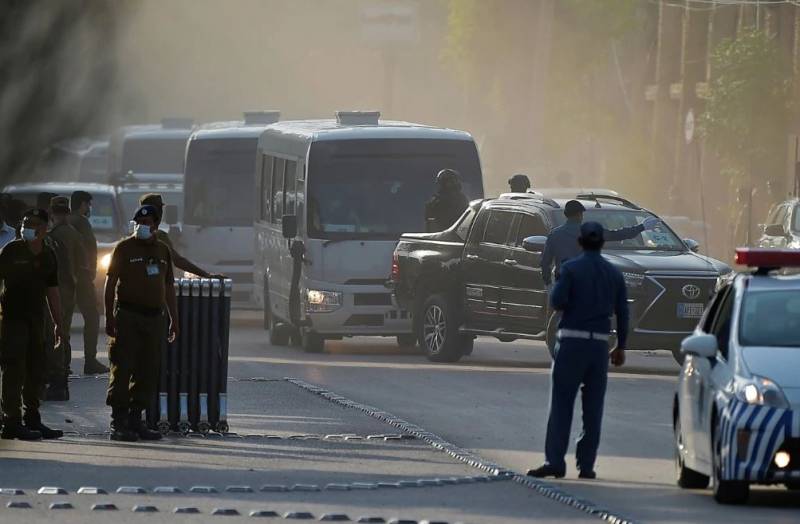 The report quoting sources cited that the security threat issued by an intelligence alliance of New Zealand, Australia, Canada, the United States, and the United Kingdom, advised the visitors to quit the series and leave the country as per the orders.

The New Zealand Cricket said the alert was deemed credible as it led to phone calls between the prime ministers of two countries while the officials of the Pakistan Cricket Board, New Zealand Cricket also exchanged their views on the shocking development.

Earlier, NZ Prime Minister Jacinda Ardern also supported the tour cancellation despite getting call from his Pakistani counterpart, saying ‘player safety has to be paramount’.

Meanwhile, the visitors, who were due to play three one-day internationals (ODIs) and five Twenty20 internationals (T20Is) during their first tour to Pakistan in 18 years, left Pakistan for Dubai on a chartered flight.

The Kiwi players and officials underwent rapid Covid-19 tests at the Islamabad International Airport and were allowed to board the flight after all the reports came negative amid tight security protocols. They reached the airport in a presidential-level convoy while special security units had taken control of the route.

Earlier, Interior Minister Sheikh Rashid maintained that Black Caps called off the tour in wake of an international ‘conspiracy’ despite Khan’s assurances of security.

This is not the first time, Kiwis act this way as they previously cut short a tour in 2002 after a suicide bombing outside the team’s hotel in Sindh capital However, the international matches dried in the country following a 2009 terror attack on the Sri Lankan team in Lahore.

The South Asian country has hosted many countries including South Africa, Sri Lanka, Bangladesh, and Zimbabwe while the abolition of the recent tour is seen as a massive setback as English and Australians are set to visit Pakistan in coming months.

ISLAMABAD – Windies hitter Chris Gayle has taken a jibe as he announced to come Pakistan days after New Zealand ...