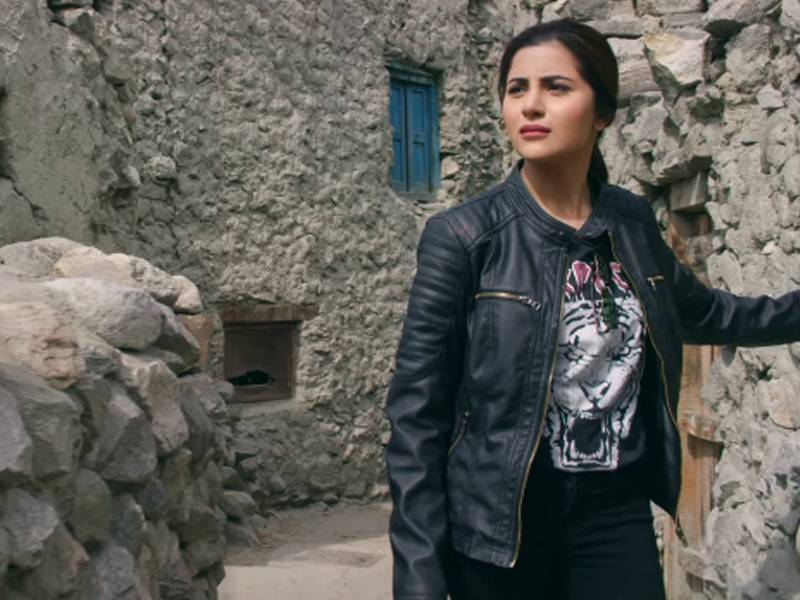 The movie started with a bang as the life of a working female in Pakistan is depicted perfectly. Topics like male dominance, harassment, work pressure and other issues are discussed in the film. The story is based on Zenith Irfan who made a road trip to Khunjerab pass from Lahore on motorcycle alone. The last wish of her father before passing away was to make a trip on motorbike all the way to Khunjerab pass. Sohai plays the role of Zenith who is struggling to meet the ends meet with her mother and younger brother to take care of. The movie shows how females are oppressed by even by their own family members as the ‘head of her family’ scrutinizes her for doing women empowering stuff.

Due to the patriarchal system she was forced to get engaged and soon to get married (fiction). It was natural for her husband to be male dominating just like her boss and men at her workplace who’d take all her credit. She convinces her fiancée to let her fulfill her deceased fathers dream to ride the motorbike from Lahore to Khunjerab. The movie depicts her societal problems and personal empowerment.

Throughout her journey she has her fathers memories to support her and guide her but it was not only him her brother helped her learn how to ride the bike and stood up for her (the next generations have a bit more awareness). Despite her horrible accident which she met while reaching Khunjerab made her realize how people in northern areas are more women empowering as she meets such people and stay with them to recover. There her husband comes where she stands up for herself and her dreams. She ends her engagement with him as she realizes this is not what she wants in life. She completes her trip and makes news around the world empowering other females despite the hate she got on social media from the so called ‘educated ones’.

Zenith still continues to empower more females around Pakistan to stand up for themselves despite all the negativity surrounding them. There were a few scenery shots which were repeated other than that the movie was amazing. The issues discussed were apt and the storyline was amazing. The videography was really nice and we all can expect more good work from our industry. Sohai has done justice to her character.