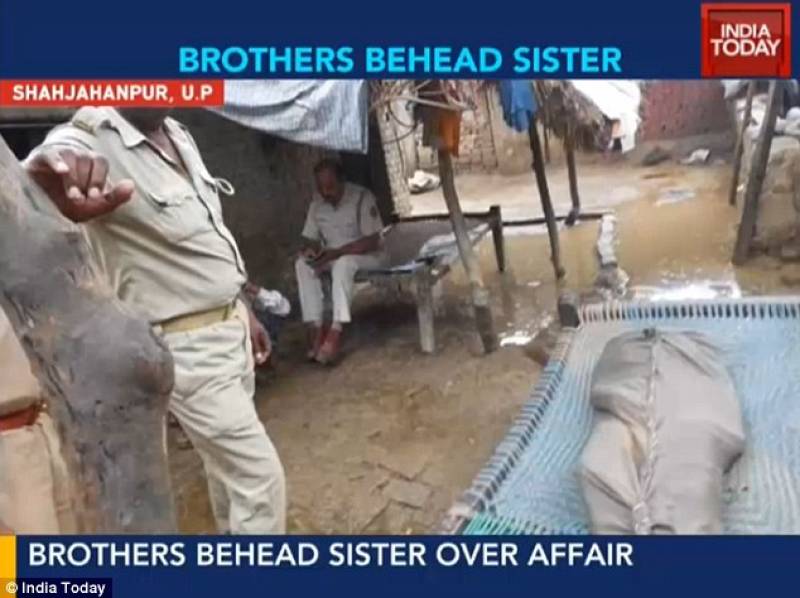 UTTAR PRADESH (Web Desk) - Two Indian brothers have decapitated their teenage sister and paraded her severed head through their village because they disapproved of her 'romantic relationship' with a cousin.

A dozen people watched on in horror as Phool Jehan, 17, was dragged out of her house, severely beaten and beheaded by her two brothers on Monday in Paraur area of UP's Shahjahanpur district.

But they did not tell the police. The crime was only later reported by a local security guard, one officer explained, daily mail online cited.

Police have been unable to find the two brothers, named Nanhe and Gul Hasan, whose ages are not known.

According to the Indian Times, they shouted: 'This is what happens as punishment for having an affair.'

Honour killings are common across India, but such brutal slayings are extremely rare.

As India modernizes rapidly, it finds itself in the midst of huge social turmoil as young people challenge accepted social norms.

India is also considered one of the harshest places in the world for women, with female infanticide and child marriage still common.

The United Nations' gender inequality index places India next to last, above only Saudi Arabia, based on labor, reproductive health, education and politics. The index does not consider issues of violence.

While the brothers are on the run, police have detained Jehan's cousin to question him, said another police officer.