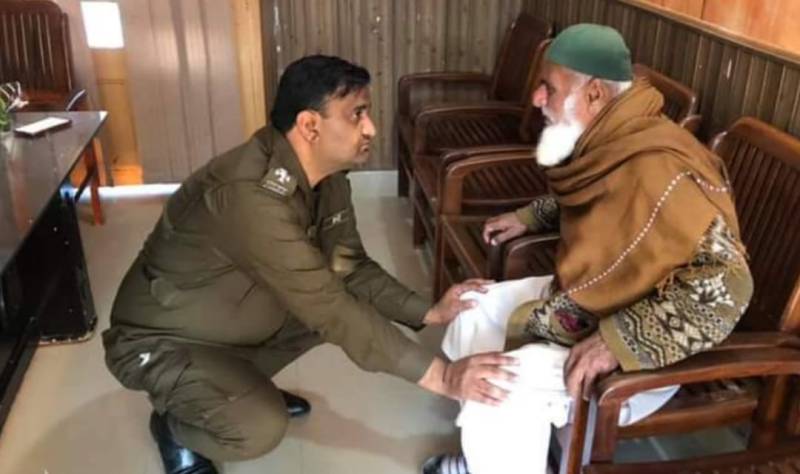 The SHO after recognising his educator was quick to give the old man the much deserved attention and special treatment.

The officer had his teacher seated in chair while sat down on the ground, heard his issue and got it resolved at the earliest.

One thing we all can be sure of is that the teachings of this man helped the police official reach where he is today. 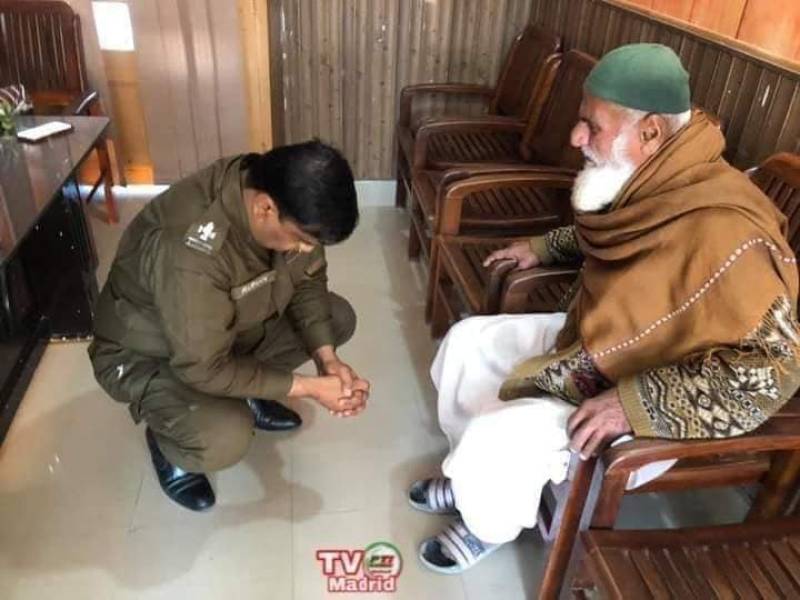 In a fast-paced world like ours, it is easy to forget the most vulnerable in the society - be it our parents, teachers, grand parents or any other senior. But this law enforcement officer has shown the world that he did not forgot the values and teachings he learned throughout his career.