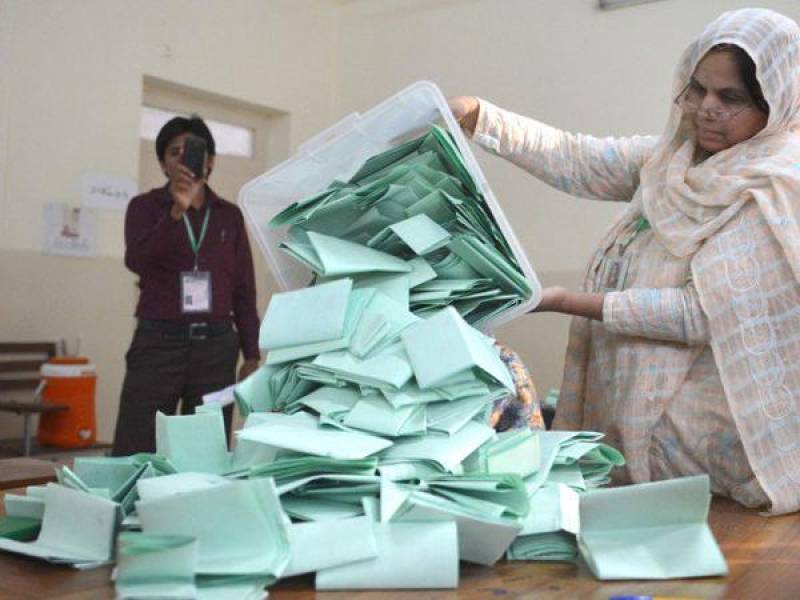 PESHAWAR – Pakistan’s ruling party PTI appeared to be losing in its home ground as Jamiat Ulema-i-Islam (JUI-F) was leading on many fronts, unofficial results of the 17 district polls revealed.

Mahmood Khan-led provincial administration suffered a major setback in the first phase of the local government elections in the northwestern region as opposition candidates are leading for the coveted posts of mayor in major cities.

JUI-F candidate Sher Zaman has clinched the mayor slot in Kohat while another JUI member Zubair Ali takes lead in the provincial capital.

Meanwhile, PTI is leading in Nowshera, the ruling party also managed to win four out of six tehsils of Buner district. A PTI candidate has the lead in Buner's Khudu Khel district as well while the JUI-F has extended its lead in all three tehsils of Charsadda.

In Swabi, Tehreek-e-Islah Pakistan candidate has taken a lead in District Khyber while the Ataullah Khan of PTI has been elected chairman tehsil council. JUI-F candidates are leading in District Mardan's Takht Bai Tehsil, Katlang Tehsil, and Rustam Tehsil.

Earlier, the ECP had to postpone the vote in some areas of the 17 districts due to disturbances, including a blast in Bajaur, abduction of polling staff in Bannu, a clash in Karak, and a mob attack on Minister Shibli Faraz’s vehicle in Kohat.

Experts claimed that overall arrangements were better as compared to the last local body polls which occurred back in 2015.

In another development, more than 550 women contested local government elections in Khyber Pakhtunkhwa on Sunday, the election commission said. The is the first time that local polls are being held in districts that used to be part of Pakistan's Federally Administered Tribal Areas (FATA) until recently.

PESHAWAR – A newly-elected general councilor was killed in celebratory gunfire in Peshawar’s Surizai ...