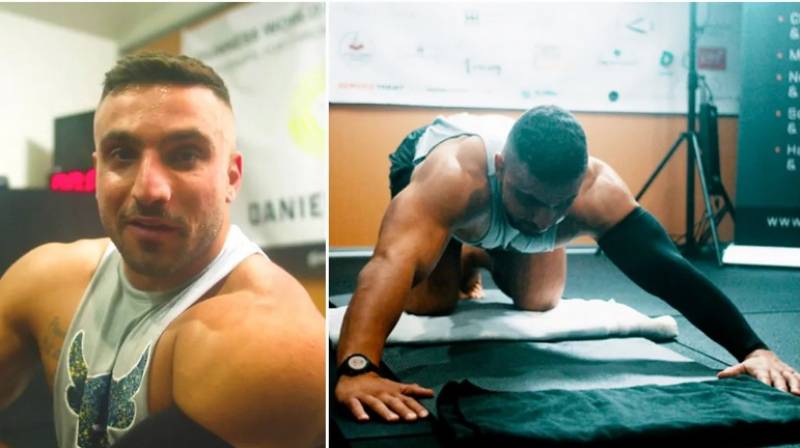 An Australian athlete has smashed the record for most push-ups in one hour, announces the Guinness World Records.

Daniel Scali, who suffers from incurable chronic pain every day, made whopping 3,182 push-ups to break the previous record of 3,054 set by fellow Australian Jarrad Young in 2021.

He is battling against CRPS (complex regional pain syndrome), a condition that was developed after he broke his arm at the age of 12.

"It’s the brain sending wrong messages to my arm, which is the affected area. So anything like soft touch, movements, wind or water will cause me pain," GWR quoted him as saying in its news blog.

“If you convince yourself that pain is a fuel to keep you going, you’ll change for the better.”

Daniel is already the record holder for the longest time in an abdominal plank position (male).

LONDON – A charity group in England broke a world record by arranging the largest gathering of people dressed as ...