Foreign tourists driving up to Khunjerab Pass in tuk-tuk adventure 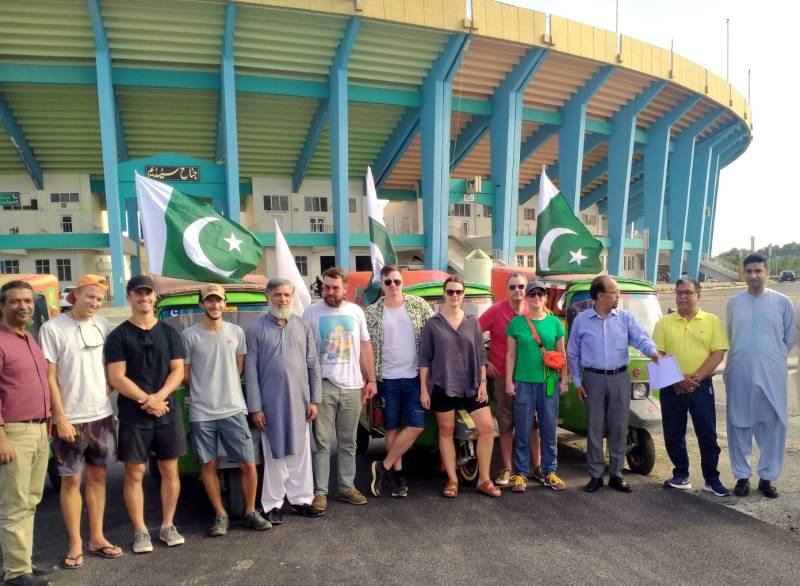 Tourists from five countries have embarked on a 745-kilometre journey from Pakistan's federal capital Islamabad to Khunjerab Pass on the northern border on three-wheelers.

The eight-member group arrived in the South Asian country to enjoy a scenic drive, which comes with lots of variations on the scenery and wildlife. However, they opted for a very unusual ride.

Members of the group belong to Britain, Italy, Australia, Canada and the Netherlands. They started the weeklong journey on Saturday. Some of them engaged with the media before embarking on fun-filled journey.

The backpackers called the journey tough, but added that this was what the adventure was all about. They also stated that the journey would be used to promote mountain sports and tourism in Pakistan.

The group will reportedly release vlogs and pictures of the majestic scenes from snow-laden peaks and sun-kissed valleys in Gilgit-Baltistan and Khyber Pakhtunkhawa.

The tourists reportedly are not new to such journeys; they have completed several tough journeys in India, Nepal, Thailand and Sri Lanka.

ISLAMABAD – A timely action by a doctor and her husband saved the life of a boy who fell in a lake in Naltar, a ...

The Gilgit-Baltistan government and the Special Communication Organization would hold a reception for the tourists on their arrival at the 5000-metre high Khunjerab Pass.