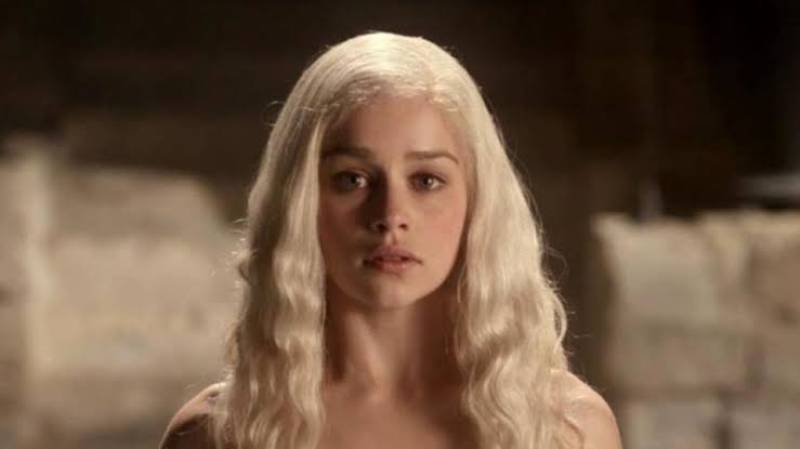 Fans might have loved the excessive nudity on “Game of Thrones,” but not everyone on set was as pleased.

Emilia Clarke revealed that she’s been pressured to do nude scenes on projects following her role as the occasionally nude Daenerys Targaryen on “Game of Thrones.”

The discussion unfolded during Clarke’s appearance on Dax Shepard’s Armchair Expert podcast, as IndieWire noted in a report Tuesday. During the episode, the two talked about the essence of nude scenes in Hollywood.

Clarke recalled an instance where she refused to do a nude scene despite being warned that it would disappoint the “GoT” viewership.

"I'm a lot savvier with what I'm comfortable with, and what I am okay with doing," Clarke said on a recent episode of Dax Shepard's "Armchair Expert" podcast. "I've had fights onset before where I'm like, 'No, the sheet stays up,' and they're like, 'You don't wanna disappoint your Game of Thrones fans.' And I'm like, 'F--- you.'"

“My adult life has been the show,” Clarke said, referring to Thrones. “It’s been 10 years of the show. And that’s my whole career thus far. And I have been doing this at the most fascinating and shifting times for that.” Shepard agreed with that assessment, noting, “If they did the [Game of Thrones] pilot right now...” Clarke finished the thought: “Very different situation. Very, very, very different situation.” Especially in season one, she said, there “was a fuck ton of nudity.

She also revealed that she found nude scenes “terrifying” and explained how former co-star Jason Momoa acted as her mentor during the filming of Season 1.

“He was so kind and considerate and cared about me as a human being. He took care of me, he really did. In an environment where I didn’t know, I needed to be taken care of.”

Apart from the Emmy-winning series, Clarke has appeared in “Solo: A Star Wars Story,” “Me Before You” and “Last Christmas,” which is currently in theatres.