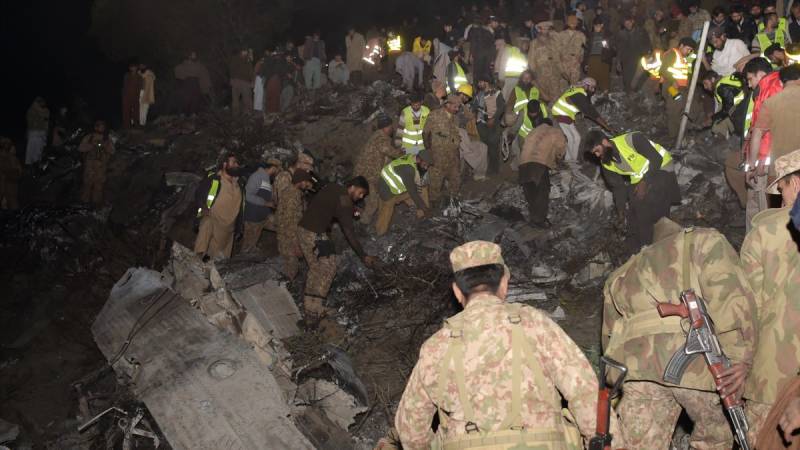 The report said that three technical faults had been identified which had led to the plane crash and these were: 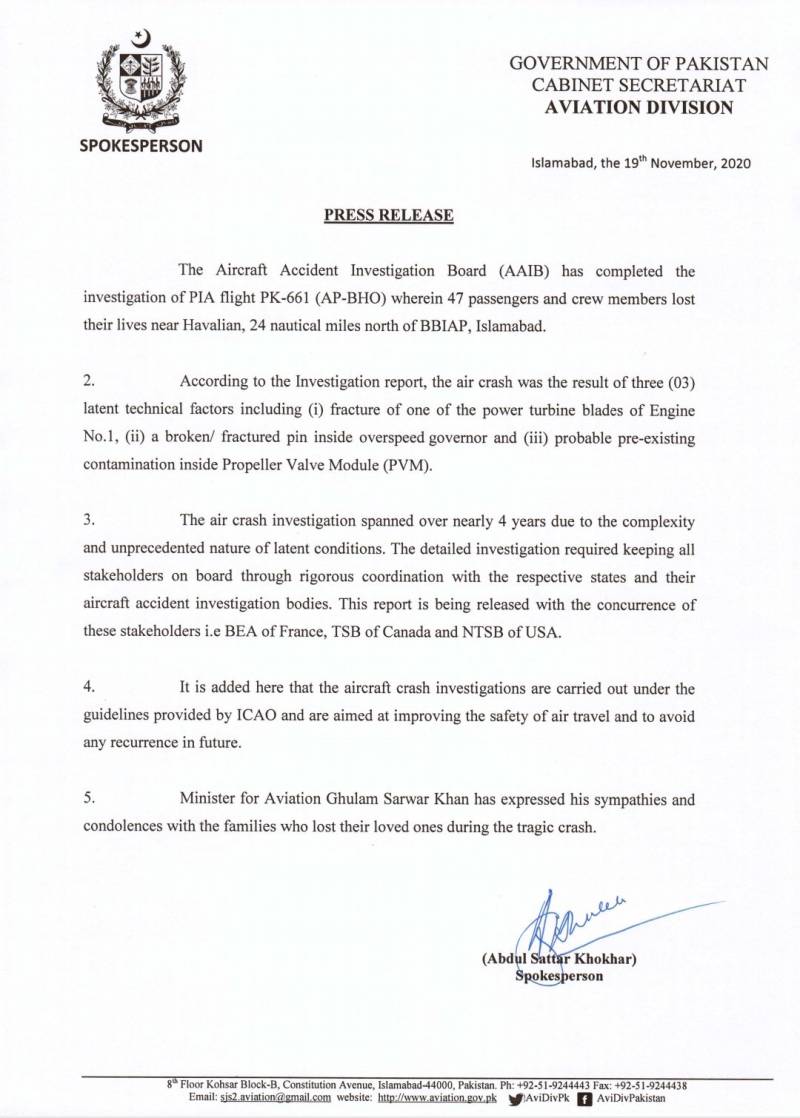 “The dislodging / fracture of PT-1 blade of No 1 Engine occurred after omission from the EMM (Non-Compliance of SB-21878) by PIA Engineering during an unscheduled maintenance performed on the engine in November 2016, in which the PT-1 blades had fulfilled the criteria for replacement, but were not replaced,” report cites.

The report said that in February 2017, PIA Engineering reviewed the life of the old design PT-1 blades. “PIA Engineering decided to change the soft life as a hard life of 10,000 hrs irrespective of the conditions given in the maintenance manual (an action overboard towards the safe side).”

PIA’s PK-661, crashed while travelling from Chitral to Islamabad on December 7, 2016. All 48 passengers and crew aboard, including religious scholar and former singer Junaid Jamshed, died in the crash.

Earlier in May this year, Prime Minister Imran ordered to make public all reports on fatal plane crashes that happened in past.