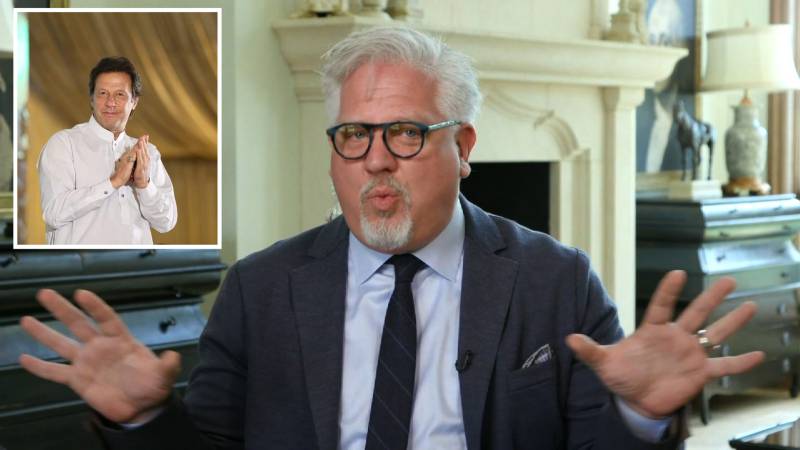 WASHINGTON – US radio host and notable TV personality Glenn Beck was all praise for Pakistani Prime Minister Imran Khan for his admirable contributions in the safe evacuation of people from Afghanistan.

The Mercury Radio Arts CEO, whose charity organization has been contributing in evacuations from the war-raked country following the Taliban takeover, shared a series of tweets, in which he mentioned Khan as the only leader who responded to the calls of help.

“We reached out and asked numerous leaders and civil societies around the world for help and Prime Minister Imran Khan of Pakistan responded with determination and without hesitation,” he wrote in one of the tweets. Adding that, he will share further details – about the correspondence – on the next day.

1. Tomorrow on radio I will share the letters exchanged between me and the prime minister of Pakistan. In the hour of desperate need I reached out in the hopes that some sort of leadership could be found to help us do the impossible. @ImranKhanPTI Con’t pic.twitter.com/qyCTtBCJo4

US right-wing political commentator said Pakistan has helped people irrespective of religious and political differences purely on a humanitarian basis in the war-torn country.

3. we received an immediate response to our requests from Prime Minister Imran Khan of Pakistan who then acted on his willingness to assist.Collectively, we transcended religious differences, political divides, national boundaries and local dynamics - it was about a humanitarian

Previously, reports in international media said around six planes, including one of Beck's charity was ‘grounded by the Taliban’ in Afghanistan. Beck's statement also commended support from Pakistani PM and his ability to ‘cooperate with new Afghan setup’ that enabled the first two flights to depart including the one which carried FIFA female athletes.

Another tweet cited “Pakistan has once again proven to be a valued partner in all seasons for the United States, despite recent criticisms from some sections of US media”, he said while adding “we look forward to the ongoing continued cooperation in the coming weeks as we continue our common goal of protecting the innocent during this humanitarian effort”.

8. Because of his tireless leadership and support from the military and civilian resource of Pakistan, three planes were released by the Taliban, who have been businesslike in their responses to adhere to their agreement to let civilian allies of the NATO forces leave the country

The famed journalist also stressed that the US should recognise Pakistan's assistance at this juncture saying “no other global leader that we have seen took such an initiative to leverage his/her position to save the innocent putting humanity before politics”.

Pakistan has been playing a crucial role in facilitating evacuation from Afghanistan. MOFA also said that Pakistan remained deeply engaged with the world since the Taliban captured Afghanistan, with much of this engagement focused on the evacuation of foreigners and vulnerable Afghans.

ISLAMABAD – Pakistan on Sunday delivered another consignment of relief goods to Afghanistan amid continued ...