Islamabad police gear up as PTI plans another protest march 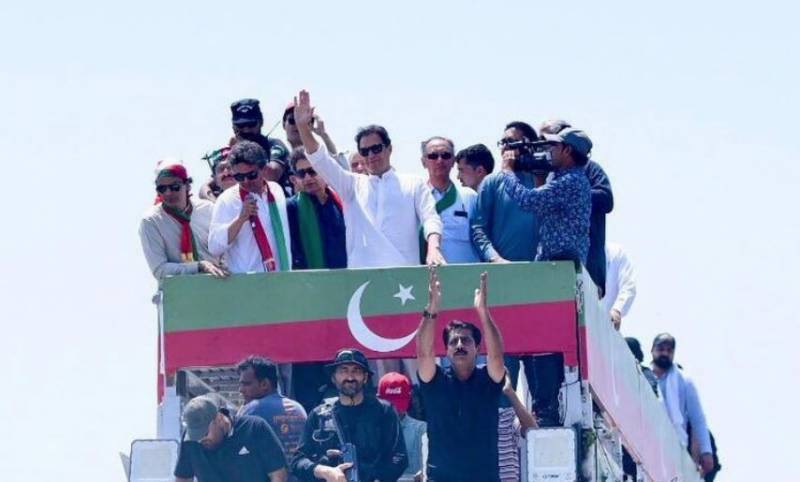 ISLAMABAD – Police in capital city have sought contingents from provinces ahead of Pakistan Tehreek-e-Insaf’s (PTI) possible protest march to press its demand for fresh elections in the country.

Reports said that the Islamabad police have sought 20,000 security personnel from Punjab and 4,000 from Khyber Pakhtunkhwa, besides requesting for 6,000 Rangers troops.

Three thousand FC soldiers have reached the capital city while Punjab and KP, where PTI is in power, are yet to take decision about sending the contingents.

Police said that they will buy drones to fire tear gas shells on protesters if they tried to enter the Red Zone area.

The security officials have also reportedly planned to dig out trenches and place containers at all entry points of Islamabad.

Addressing party lawmakers and local leaders of Khyber Pakhtunkhwa, he asked the MPAs to begin preparations for the march in consultation with the provincial leadership.

“Imported government cannot be given more time,” he said, adding that a decision to go Islamabad has been made. He asked the party workers to wait for his call.