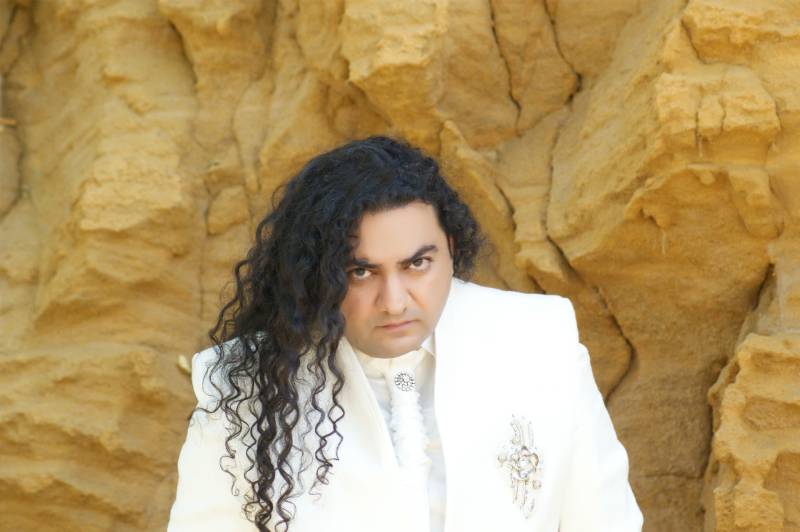 KARACHI -  Pakistan’s social media sensation and quirky singer Taher Shah's song 'Angel' has won a 'mysterious' award in US, it has been learnt.

Taher who shot to fame through the song 'Eye to Eye' released his second song 'Angel' in which he dressed like an angel and acted like a star performer, mesmerising and confusing many at the same time.

The singer through his social media handle announced that 'Angel' song video bagged an award in US, without mentioning which award it was, and surprisingly the news synchronized with Donald Trump's inauguration as president.

On New Year's Eve, Taher also released his new single in Urdu. In the latest track, Taher sat in an ornate Gothic-Jacobean-style chair, wearing a golden dress and petting a white cat, transmitting a message of love and kindness in the Urdu language.