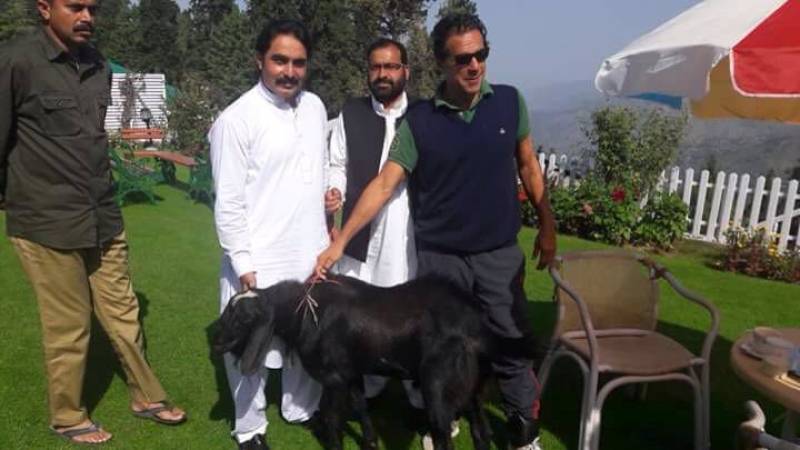 Reports in local media quoting sources said the premier and the first lady were expected to reach the hill station in a helicopter but the bad weather made them travel by road.

Sources also claimed that the premier sacrificed two animals after Eid prayers. In the meanwhile, security for the PM’s residence in the Galyat range has been beefed up.

Khan is scheduled to spend three days of the ‘feast of sacrifice’ at Nathia Gali while he will take a short break from official meetings during the stay.

According to a report, PM is scheduled to visit Sindh after the Eid holidays as the Pakistan Tehreek-e-Insaf gear up political activities in Sindh. The premiere will meet the delegation of the PTI Sindh chapter, including Governor Imran Ismail.

He will also address public rallies, and meet party workers during his tour of Sindh. A number of key political figures of South-Eastern province are also expected to join PTI during PM’s visit, per reports.