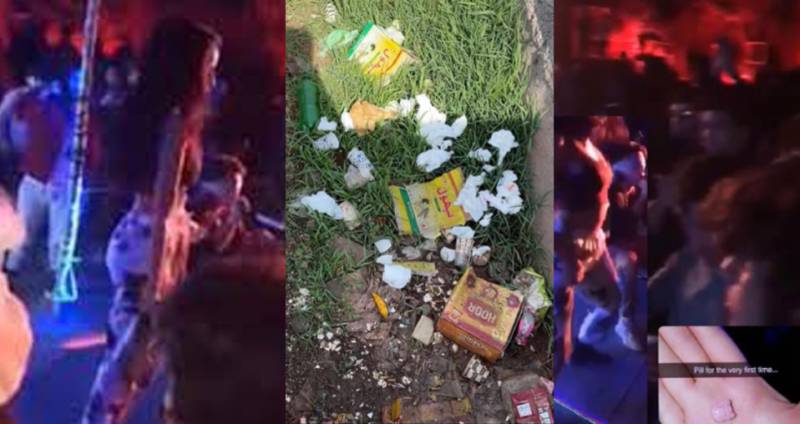 GILGIT – The top government official in Hunza has ordered a ban on all kinds of musical and cultural festivals over the alleged ‘rave party’, which recently drew public outcry after videos and pictures of the event went viral.

The action comes after a youth organisation had lodged an official complaint citing that partygoers used drugs during the event, adding that some women were seen in indecent clothes and that opposed the traditions of Hunza - an eye-catching mountainous valley located in the northern part of Gilgit-Baltistan.

A notification issued from the Deputy Commissioner office stated that ‘playing loud music during the night is becoming quite common in the region, and residents have raised concerns and filed complaints against it.’ 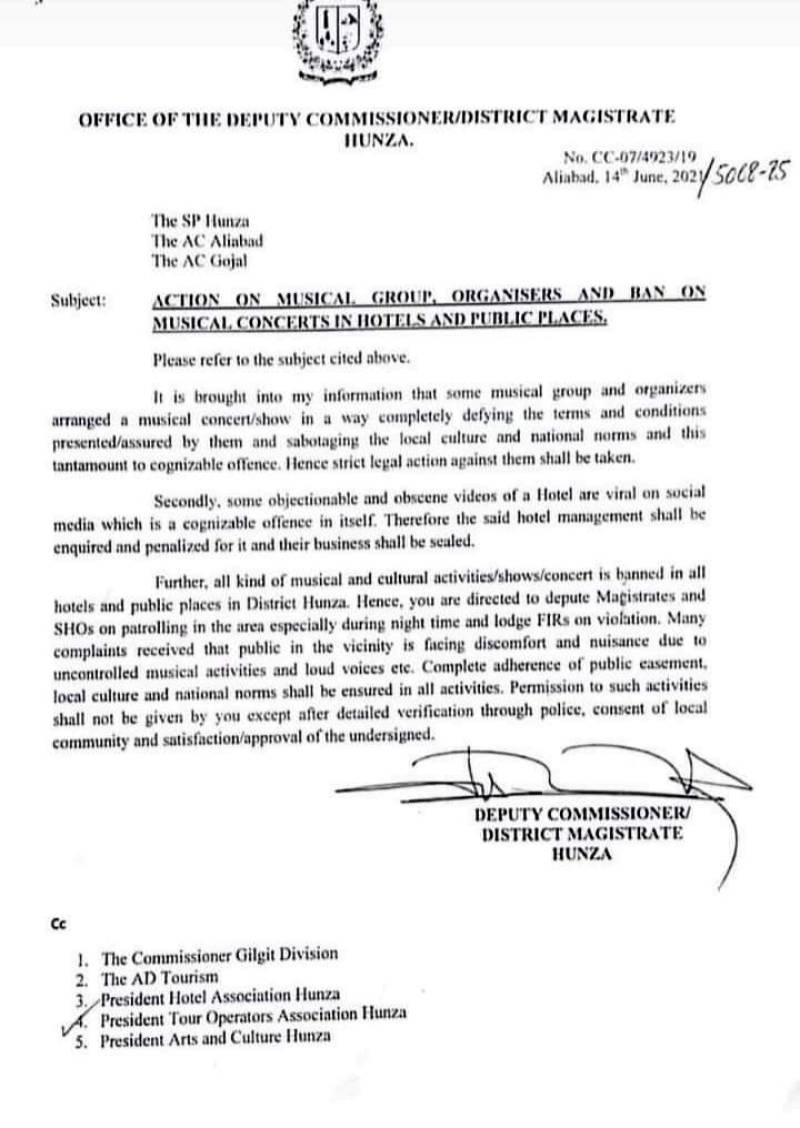 It also stated that the clips that went viral from the event show that the organizers did not respect the area’s culture and traditions. Strict action should be taken against them. Following the episode, the local authorities have registered a case against under section 294 of the Pakistan Penal Code.

A number of social media users including some influencers have called out against the party citing nudity and obscenity while others hinted that extreme actions would harm tourism efforts in the South Asian country.

On the other hand, the show organizers have refuted the leveled allegations. The party which continued from June 11 to 13 was merely an event of music, arts, and culture.

Earlier, Canadian traveler and Influencer Rosie Gabrielle took to her Instagram where she shared her reservations about local tourists saying they are ‘destroying Hunza's culture’. Without taking names, she called out Pakistanis that ‘instead of bringing just their smiles and leaving only good memories, they are bringing bad behaviors, drugs, vulgarity, rave parties and leaving a lot of trash.’

Pakistan is home to dynamic landscapes and picturesque valleys but hands down Hunza valley is heaven on earth cradling ...

She said that ‘these parties were so bad I ran far into the mountains for many weeks to escape these people. Adding that she understands that people need to express themselves, release pent-up energies, and get out of their suffocating lives. But coming to sacred land, feeling privileged and entitled to destroy it, bringing your toxic habits to innocent communities is not okay.

Soon after the comments from Canadian traveler, Pakistani actress Ushna Shah lashed out at Gabrielle over the latter's claims about local tourists destroying the gorgeous valley of Hunza. Further, Shah wants the government to stop handing out YouTube visas.