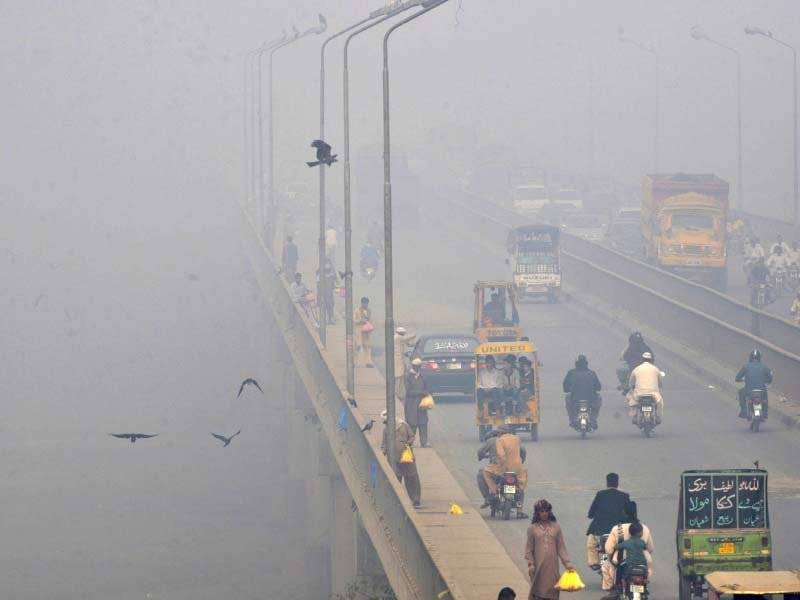 ISLAMABAD – Prime Minister’s advisor on climate change Malik Amin Aslam has said that Pakistan is thinking of using the cloud-seeding technology developed by the United Arab Emirates to address the problem of smog next year.

Talking to a private news channel, Aslam said that the government had taken several steps to deal with the issue, though he admitted these measures were “still not enough.”

Residents of Lahore recently asked the authorities to take appropriate measures after their city was declared one of the most polluted places in the world where people were surrounded by smog.

Aslam maintained the authorities had determined that 40 percent of smog in Lahore and other places in the province of Punjab were caused by the transportation sector, adding that there was a policy to move toward better fuel and electric vehicles.

Asked about crop burning, he mentioned recent international data that maintained that 90 percent of it was happening in India.

While he advocated a “regional dialogue” to deal with the problem originating from across the border, he agreed that the country needed short term solutions as well.

“I had a conversation with Dubai’s climate change minister,” he said. “They use cloud seeding to make rain. This can be one solution which we are studying at the moment. We may need to rely on that technology to make artificial rain two or three times next year.”

The UAE became one of the first countries in the Gulf region to use cloud-seeding technology in recent decades to address water shortages.

LAHORE – The Punjab government is unable to keep a watch on air pollution as five out of eight air quality ...