Nation observes Youm-e-Ashur with due solemnity amid tight security 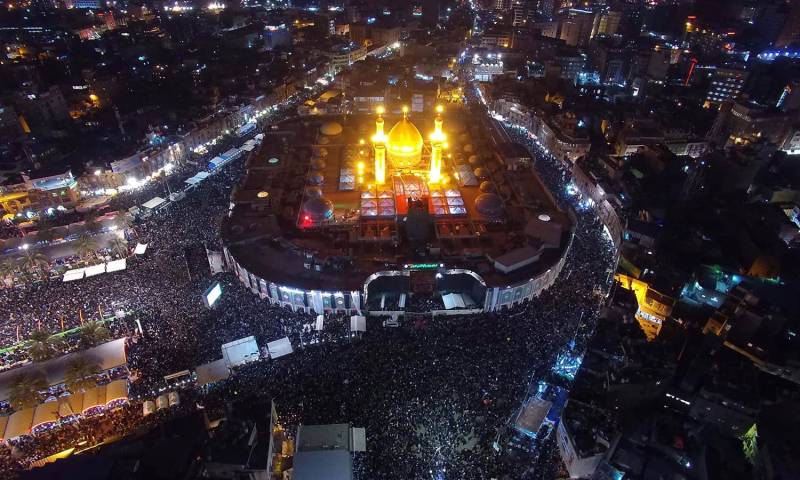 LAHORE - Youm-e-Ashur being observed across the country on Friday (today) with due solemnity to pay homage to supreme sacrifices rendered by Hazrat Imam Hussain (AS) and his companions in Karbala.

Alam, Zuljinah and Taazia processions are being taken out in all cities and towns of the country.

Ulema and Zakireen will highlight the teachings of Hazrat Imam Hussain (AS) and various aspects of Karbala tragedy.

The law enforcement agencies have made the strict security arrangements in all provinces - Punjab, Sindh, Balochistan and Khyber Paktunkhwar - and other administrative areas to avoid any unfortunate incident.

Mobile phone services will also remain suspended in parts of the country, including Karachi, Hyderabad, Sukkur, Lahore, Faisalabad, Multan, Peshawar, Quetta and it will be restored after the mourning processions culminated.

In Lahore‚ the central Zuljinnah procession has been taken out from Nisar Haveli and will culminate in Karbala Gamay Shah in the evening.

In a message on 9th and 10th of Muharram, President Arif Alvi has said that the martyrdom of Hazrat Imam Hussain (may Allah be pleased with him) is a lesson for everyone to never refrain from fighting against terrorism, extremism and intolerant ideology and emphasized on promoting affinity and brotherhood.

He said let us pledge on this day to take solid steps in light of Uswah-e-Shabbiri which ensures respect for mankind, the solidarity of democracy and promoting Islamic values for the development and prosperity of the country.

The president said it is a day when the grandson and family of Prophet Hazrat Muhammad (PBUH) sacrificed their lives in the battle of truth and falsehood and made the lesson of Karbala as a beacon of light for entire humanity in general and the Muslim Ummah in particular.

Meanwhile, Prime Minister Imran Khan said that in view of the challenges faced by the country, there was a dire need to unite and promote the spirit of sacrifice. “This is the need of the hour and is linked with our very own existence, stability and prosperity,” the premier said.

“Being steadfast while upholding truth is a mission and one should never refrain from offering even the greatest of all sacrifices,” he said, adding that Ashura reminded Muslims of the sacrifices rendered by Hazrat Imam Hussain (AS) and his companions to uphold the sanctity of Islam.

He said the incident of Karbala was a historic battle between truth and falsehood that took place on 10th of Muharram and added, “Imam Hussain (AS) proved with his immortal sacrifice that truth always wins. This example of persistence is a guiding principle for our lives.”

“On this day, we should not only remember Uswah-e-Hussain but also make sincere efforts to reform our lives in accordance with his golden principles,” PM Khan said.

Processions to observe the 9th Muharram were taken out across the country amid strict security arrangements with due solemnity and sanctity to pay homage to the sacrifices of Hazrat Imam Hussain (AS) and his companions in Karbala.

Cities across the nation echoed with Nohas, Marsiayas and the throbbing sounds of self-flagellation in various Majalis and processions.

Ulema and Zakireen shed light on the teachings of Hazrat Imam Hussain (AS) and his great companions.

In the federal capital 2,586 policemen, Pakistan Rangers and Frontier Constabulary men were deployed to ensure security for 17 processions.

In Lahore, as many as eight DSPs, 19 SHOs, and more than 2,000 policemen under the supervision of two SPs were performing duties to protect the processions of 9th Muharram-ul-Haram.