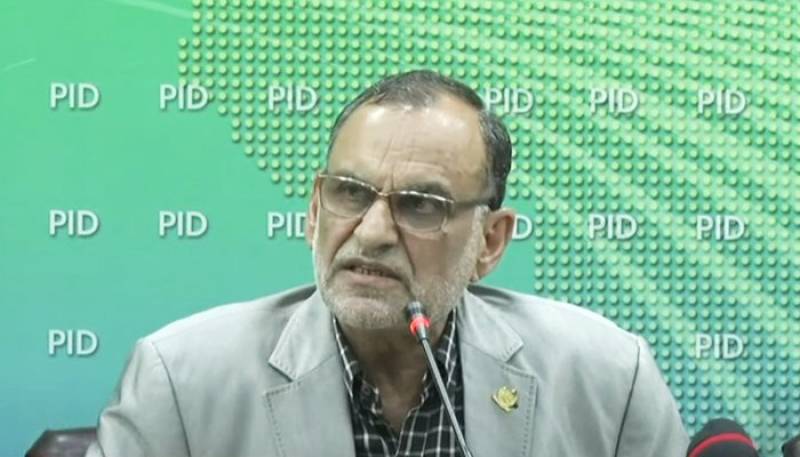 LAHORE – Railways Minister and PTI leader Azam Khan Swati is currently waging a war against the Election Commission of Pakistan (ECP) and its chief, as the state institution is reluctant to bow to the government pressing for use of electronic voting machines (EVMs) in the next general elections.

The 65-year-old politician, who joined the Imran Khan-led party in 2011 after parting ways with the JUI-F, has accused Chief Election Commissioner Raja Sultan Sikandar of corrupt practices in his recent statements.

The PTI senator has been preaching against corruption and his party had relentlessly pursued the Hajj corruption case against PML-N minister Hamid Saeed Kazmi in the past.

As the past never dies, some allegations of malpractice are clung to the life of Azam Swati and most recent is the case of extending undue favours to a company for a Pakistan Railways contract.

LAHORE – Federal Minister for Railways Azam Swati has transferred a senior officer from Peshawar for not obeying ...

Now, a letter dated back to 2001 has surfaced online, exposing an alleged fraudulent activity by the Khyber Pakhtunkhwa-based politician, who was elected to Senate in 2018.

In the first year of the 21st century, a case was registered against the then JUI-F leader at Shinkiari Police Station in Mansehra, KP, for donating a fake note of $1 million for flood victims of Dadar village.

The letter number 3249 dated July 25, 2001 was sent by the then deputy commissioner, Mansehra to the former home secretary KP mentioning that Azam Khan, a resident of Oghi, had issued the same note to one Maulana Nazir. 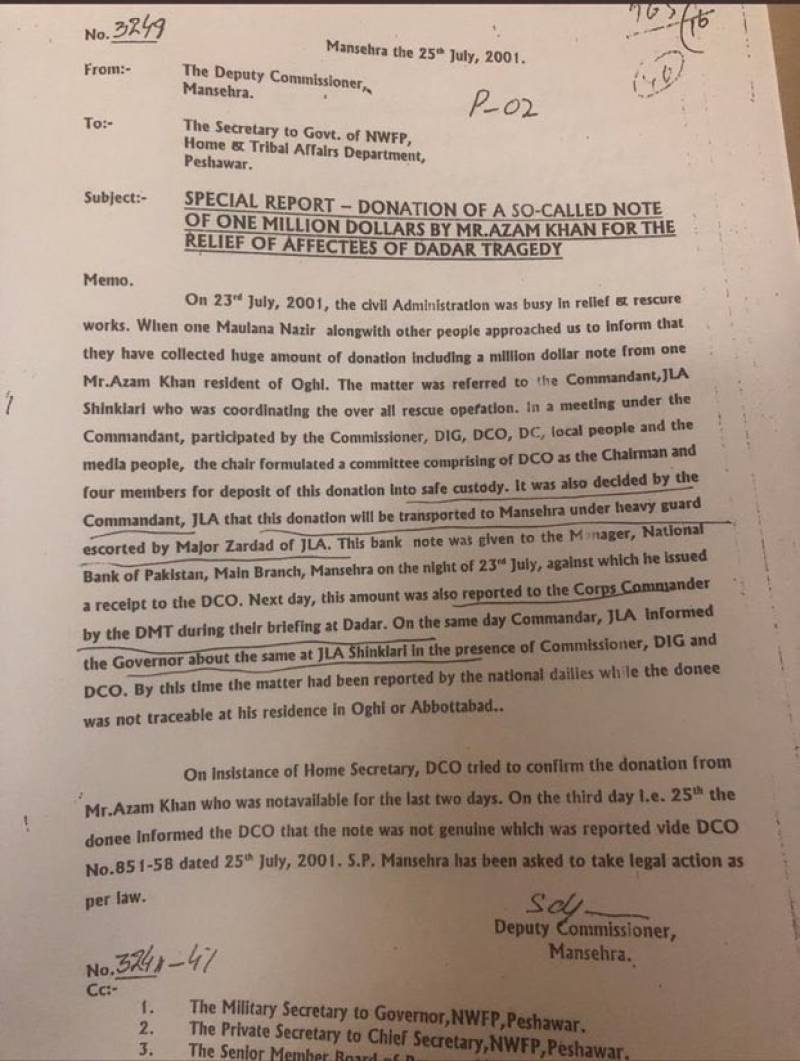 The letter said the matter was referred to the then commandant Junior Officers Academy (JLA) Shinkiari and the commandant constituted a four-member committee with DC as its chairman, for the deposit of donation into safe custody.

The note was handed over to the manager of National Bank of Pakistan in Mansehra against which a receipt was given to the DC.

The letter said that former governor Syed Iftikhar Hussain Shah and ex-corps commander General Ehsan-ul-Haq were also informed about the donation. On July 25, the NBP management declared the note fake.

Meanwhile, the political leader had then gone into hiding. The DC tried to contact him to get confirmation from Mr Azam Khan about the donation but he was not available for two days.

Since then, there is no update if the matter is yet to be probed.

Railways Minister Azam Khan Swati on Monday slammed the Election Commission of Pakistan (ECP) for serving him a ...