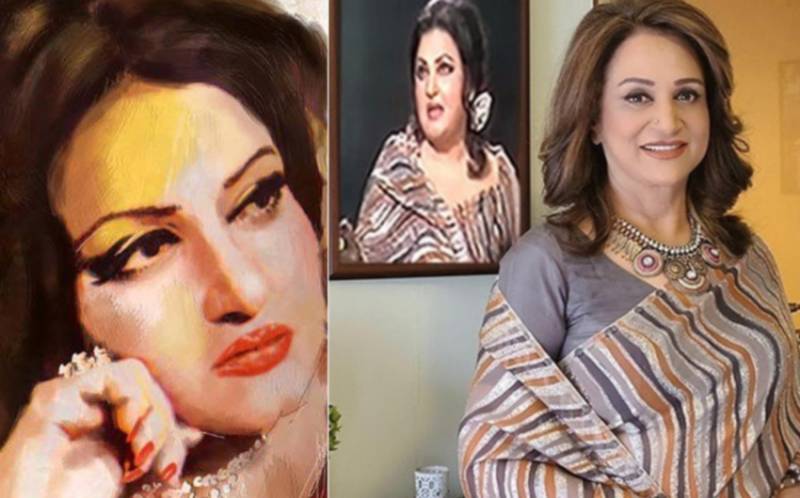 One of the foremost pillars of the Pakistan television industry, Bushari Ansari is a comedian, screen-play, writer, anchor and singer,

The legendary actress shares a love affair with saris as she is often seen donning the traditional outfit with utmost grace. Adding to her wardrobe of saris is Madam Noor Jehan's sari.

The 20th death anniversary of legendary singer-cum-actor madam Noor Jahan would be observed on December 23.

Feeling joyous, the 64-year-old got emotional wearing the outfit that held such sentimental value and she thanked Madam Noor Jahan’s daughters for the precious gift: "Feeling so lucky..to wear the same sari of madam noor jahan gifted to me by her daughters.thx nazia shazia mina..i am feeling so emotional with this beautiful gift.the same sari she touched n wore..in tarrunnum.on her 20th barsi.u can watch my special tribute for malika on my you tube channel.23rd dec .subscribe plz.".

Ansari is also quite popular in the masses with her timeless and classy style statement. Comments of adoration and compliments poured under the stars Instagram post.

I consider myself lucky to have worked with Bushra Ansari, says Farhan Saeed