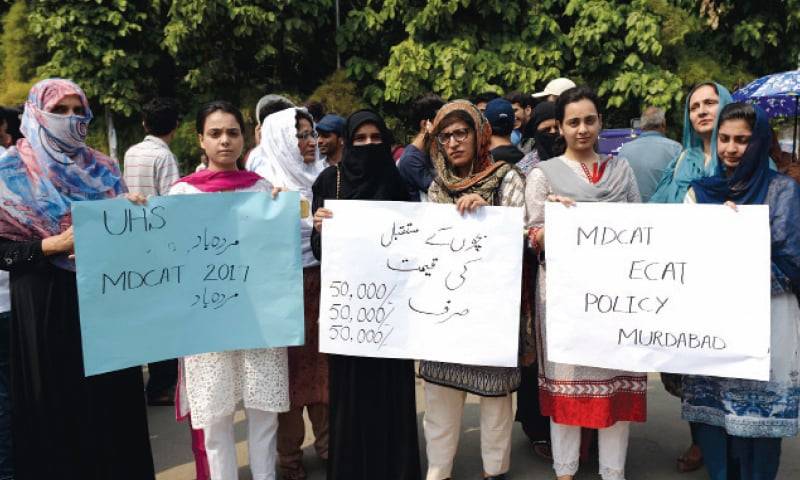 The VP of regulatory authority claimed that papers were correctly marked. He refused the students claim and called all allegations as ‘presumptions’.

However, Raza has admitted that some students were shown as absentees due to a computer error. PMC took down the results immediately and reissued the amended results.

Answering the question of how so many aspirants could get their roll numbers wrong, he said it was not unusual. It happens sometimes due to excitement. The roll number is about six digits long and sometimes students miswrite.

He also mentioned that PMC held talks with 10-15 students who have complained that their papers were incorrectly marked.