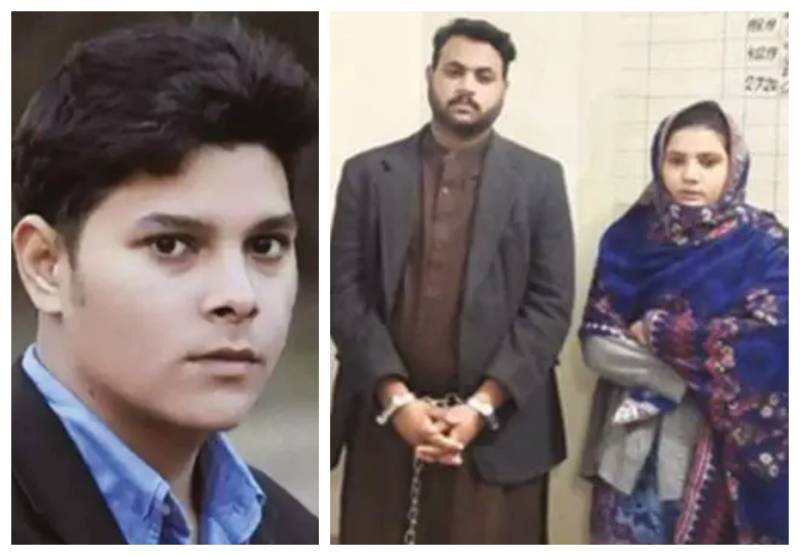 KHANEWAL – A woman killed her own brother through poison and choking him with her scarf in connivance with her lover, while the man recorded the murder on his smartphone.

Maya was in a relationship with Ehtesham, owner of a medical lab in the city for three years. They went to court for marriage 10 months ago. She renounced her native religion and converted to Islam and was also receiving regular Islamic education, according to Express Tribune.

Asad questioned her sister about the authenticity of her conversion to Islam. However, she refused, to which he said, “If even a speck of truth is found, I will kill you.”

Later, Asad kept trying to get firearms from close friends. When Maya found out about this, she was frightened and provoked Ehtesham to kill him.

One day, unaware of his tragic end, Asad began to humiliate Ehtesham, who had come to meet him at his house. Arriving there and seizing the opportunity, he put poison in Asad’s tea.

Later, Maya came and put a scarf around her brother’s neck and started pulling in the opposite direction with all her might. Meanwhile, her lover started making videos on his mobile. In the video, Maya could be seen laughing when she killed her brother.

Soon, the victim’s wife and her neighbour unexpectedly came and saw her husband suffocating. The two accused rode away on a motorbike before the locals gathered, and they fled.

As soon as the tragic murder was reported last month, SHO City Police Station Malik Nadeem Anwar along with his men rushed to the spot. The accused were taken into custody and confessed to the crime.