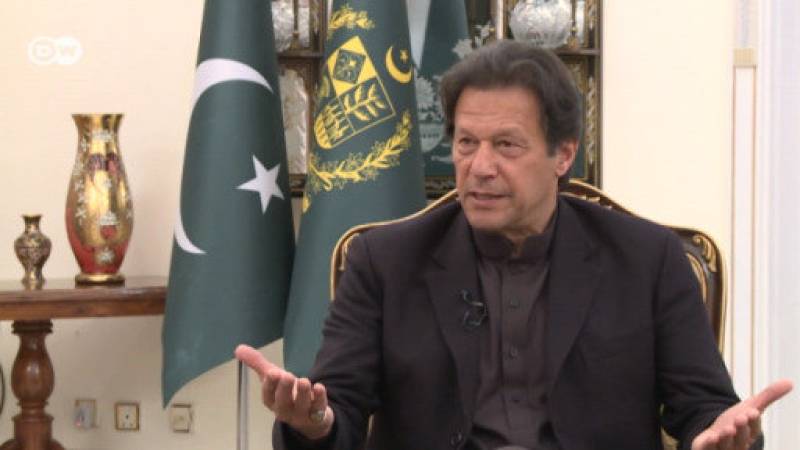 ISLAMABAD - Prime Minister Imran Khan said that Kashmir issue is the major impediment to trade cooperation between Pakistan and India.

In an interview with Belgian channel VRT, he said Indian forces have turned the whole valley of Occupied Kashmir into a jail.

The Prime Minister regretted that India is denying Kashmiris their just right of self-determination in line with UN resolutions as well as the promises made by Indian leaders.

Imran Khan said he does not see much hope from the current Modi government in India to resolve the Kashmir issue, because he has an extremist ideology of RSS.

He said the founding fathers of RSS were inspired by the racist Arian philosophy of Hitler and this is why they have put eight million Kashmiris, who are Muslims, in an open prison, the Radio Pakistan reported.

The Prime Minister, however, hoped that in future an Indian government and a strong leadership would want the Kashmir dispute to be resolved.

About Pakistan’s economic situation, he said the last year was very difficult for the government but now the current account deficit has been brought down by 75 percent in one year, adding that Pakistan’s economy will show signs of recovery this year.