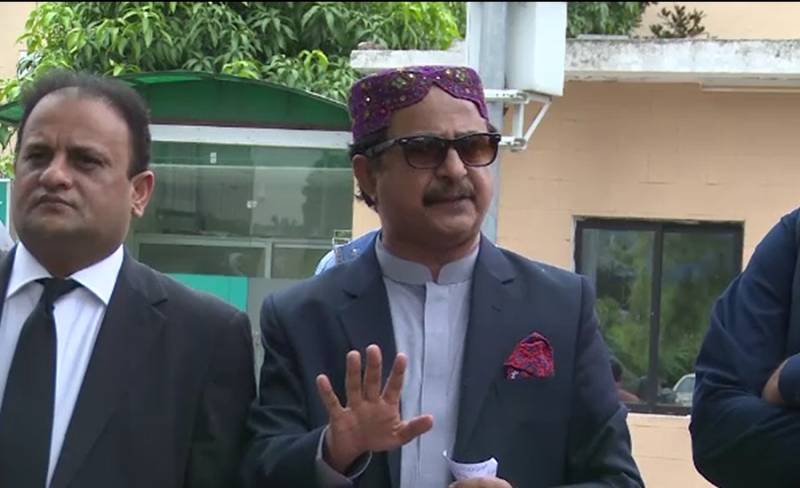 PTI leader was shifted to the NICVD after he complained of angina. Sheikh was arrested for allegedly barging into a polling station amid the PS-88 constituency by-elections and transferred to jail yesterday on judicial remand.

On the other hand, ruling party lawmaker Khurram Sher Zaman shared his apprehensions that Sheikh's life is in danger after he met him at the hospital following the news of chest pain.

Zaman also condemned the incident where reportedly a snake was found in the cell of Haleem Adil.

A case had been registered against Haleem Adil Sheikh under terrorism charges. The election commission took strict action against Sheikh for violating the code of conduct during by-elections.

KARACHI – Leader of the Opposition in the Sindh Assembly and ruling party leader Haleem Adil Sheikh has been ...