The boy who 'molested' the girl rescued by Atif Aslam comes forward, reveals he is the actual victim 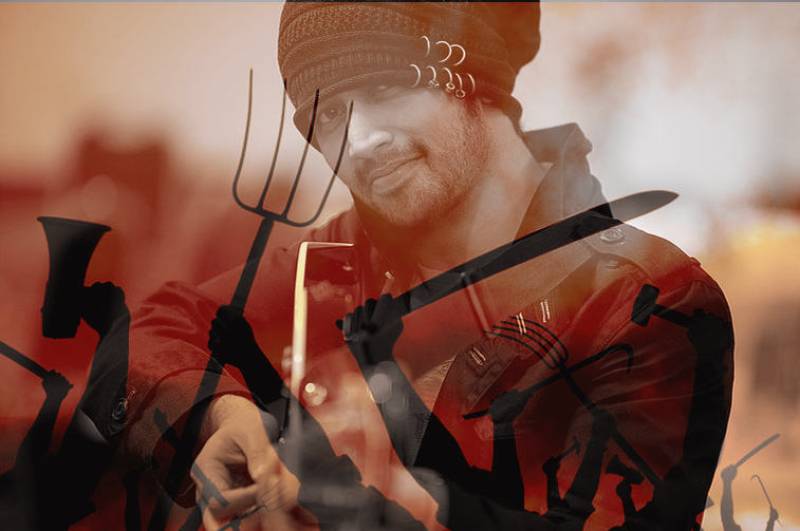 People have celebrated Atif Aslam's act of rescuing a girl from 'molestation' at a recent concert held in Karachi. This event has been a subject of articles in newspapers both local and international, however a shocking new story has emerged as the unknown boy who was the center of the controversy and the subject of the whole world's collective disgust has come forward with his own version of the events.

According to this unknown 'villain', he is the actual victim here. Talking to Daily Pakistan on condition of anonymity the boy, a student of IBA, stated that he was one of the people entrusted with ensuring security at the event. "My job was to ensure that nobody crosses over from the non-VIP section to the VIP section without a valid ticket." (Daily Pakistan has also verified his story and confirmed that he was indeed a part of the security team at the concert)

"I saw two girls accompanied by a guy crossing over from the non-VIP section and forcing their way to the front row, like a lot of other people were also doing. There was a lot of rush in the front of the stage and these people were continuing to push through. I confronted these people and politely asked them to either show their VIP pass or go back to their own section, which they refused. That is when these girls started getting violent. They started scratching at my neck and face with their long nails, they slapped me on the face, punched me and incited a whole mob against me."

"It was exactly at this point when these girls were scratching at my face violently and the boy who accompanied them was punching my face and kicking me, Atif Aslam saw us."

"Instead of trying to understand the real story, Atif Aslam blamed me, the actual victim. Nobody listens to men in our society especially when a woman has said anything against him - it doesn't matter true or false. When Atif Aslam said 'rescue these girls,' everyone thought I was molesting them and a huge mob started beating me up for no reason. I have never been beaten so badly in my entire life, and that too for just doing my job."

"Those girls were not the victims, they were vicious, violent and rude. Because of them I have scars on my face and neck that will stay with me forever. I was traumatized and everyone has refused to listen to me or understand my side of the story."

It has been a week since the event, but as he spoke this his bruises and scars were still visible. What was not visible was the emotional scars of being unjustly beaten up and called a 'molester' and a 'rapist', but those are the ones that will stay with him forever.

Note: People have been messaging us asking "Why didn't he come forward earlier to the media with this story?" The response is that according to university (IBA) policies, an investigation about the matter has already been underway. The person quoted in the story above has already clarified his stance to university authorities, who did not decide to go public with the matter and have not given any public statement since.

Edit: While we have reported on the mismanagement of the concert and that a lot of girls were actually harassed at the event, it is also important that we also take the boy's story into consideration. This boy was singled out, abused and beaten because his act of pushing away people from the stage was considered as sexual harassment without any further proof. The fact that he was one of the organizers lends a lot of credibility to his story that must not be ignored. All other media outlets completely ignored to reach out to this boy which goes against the basics of journalism.