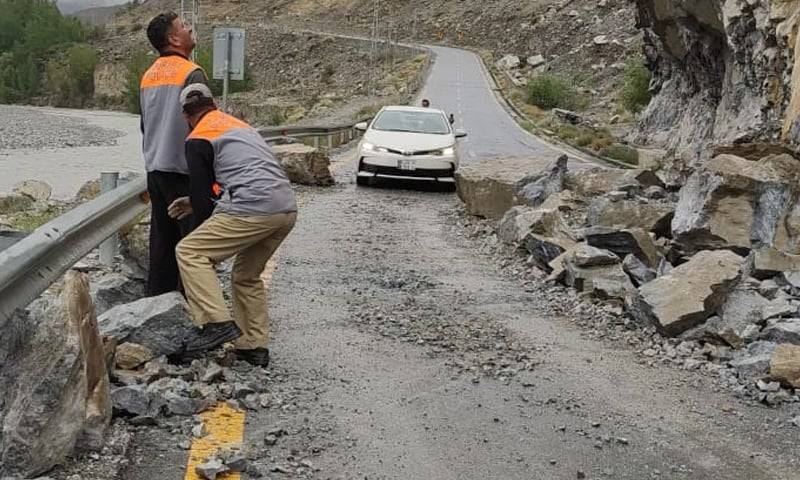 Gilgit-Baltistan Chief Minister Muhammad Khalid Khorsheed has directed officials to restore traffic on roads that were blocked due to rain and landslide in the region.

In a statement on Thursday, he asked the government department to initiate rehabilitation work in affected areas.

The chief minister also asked relevant departments to release travel advisory keeping in view weather conditions, so that travelers would be facilitated.

He has vowed to extend maximum support to the rains and floods affectees in Gilgit-Baltistan.

Number of tourists including women and children are stuck in the northern areas for three days as land sliding has blocked Karakoram Highway at various points.

According to the GB home department, the Gilgit-Baltistan Road was blocked at 15 places due to landslides.

Skardu and Gilgit saw massive flight operations, at par with major cities of Pakistan on Tuesday when nearly 16 PIA ...