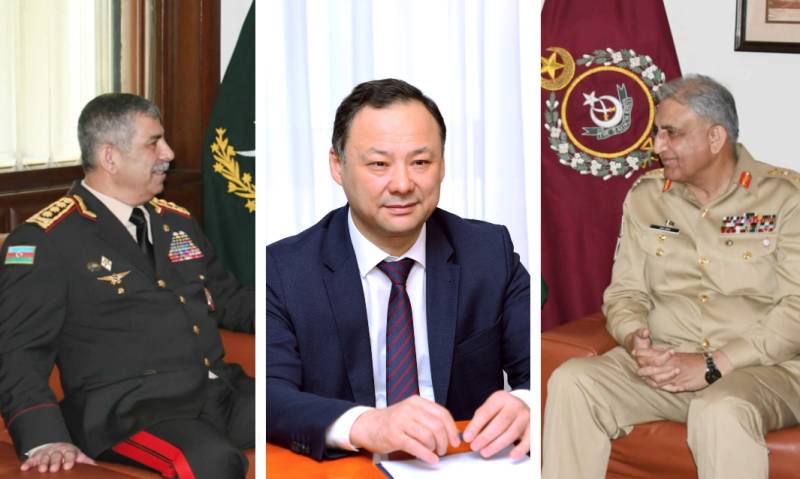 Gen Bajwa said Islamabad values its relations with Baku in light of religious affinity, common values, geostrategic significance. Both sides vowed to further enhance bilateral relations including efforts for peace and security in the region.

Furthermore, Army Chief termed OIC’s 48th CFM session a historic development for addressing the dire humanitarian situation in Afghanistan and bringing the international community to a shared vision and joint strategy to find solutions to emerging challenges in the region.

In another similar development, Foreign Minister of the Republic of Kyrgyzstan Ruslan Kazakbaev also called on COAS Bajwa.

Both sides also reiterated the desire to further enhance bilateral relations including efforts for peace and security in the region.