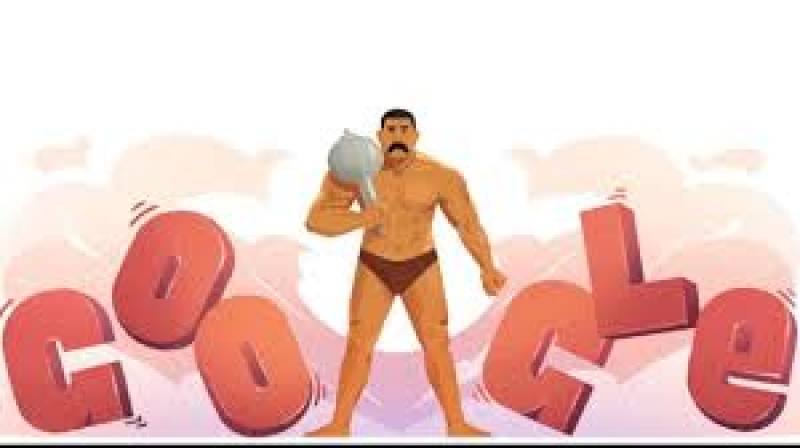 Google Doodle is celebrating the birth anniversary of Gama Pehalwan, one of the most renowned wrestlers of pre-partition. He was also known as Rustam-e-Hind besides his ring name The Great Gama.

Born as Ghulam Mohammad Bakhsh Butt in 1878 in Amritsar, Gama hailed from a family of wrestlers. He was awarded the World Heavyweight title in 1910.

Even Bruce Lee is a known admirer and incorporates aspects of Gama’s conditioning into his own training routine, Google said.

His workout routine included 500 lunges (bethaks) and 500 push-ups at the age of 10, Google said. In 1888, Gama won a lunge contest that saw the participation of over 400 wrestlers from across the subcontinent, earning him fame at a very young age.

One of the most significant feat achieved by Gama was in 1902 when he lifted a 1,200-kg stone. The stone is now kept at the Baroda Museum, a report said.

One of his most formidable rivals was Raheem Bakhsh Sultaniwala, the then-World Champion who stood nearly seven feet in front of a 5 feet 8 inches Gama. The two clashed four times, ending in a draw in the first three and Gama winning the last one.

The Prince of Wales, during his visit to India, presented Gama a silver mace to honour his strength.

Gama spent his last days in Lahore and died in 1960.

Today’s doodle celebrates Gama Pehalwan’s accomplishments in the ring but also the impact and representation he brought to subcontinent culture, Google said.