Pakistan denounces India's bid to use water as weapon 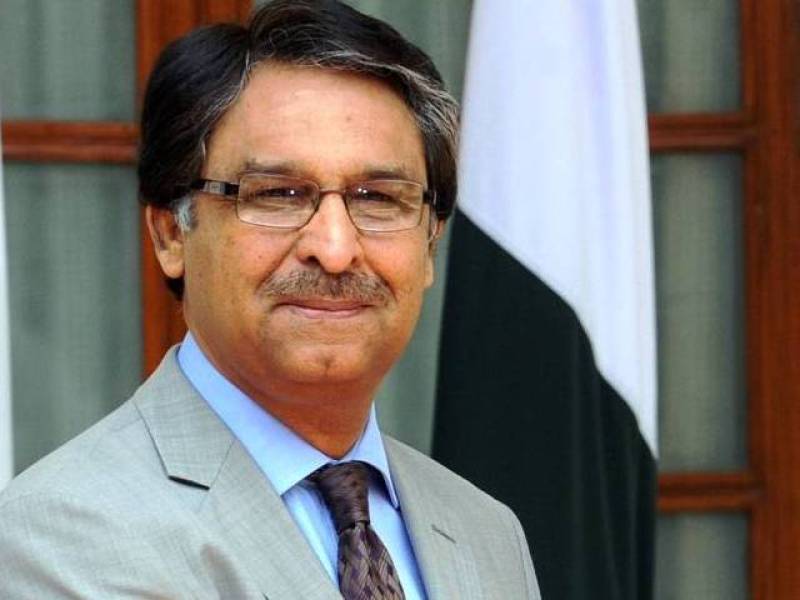 NEW YORK - Pakistan has deeply regreted Indian designs to scuttle all diplomatic efforts for bilateral and international dialogue and its stated intent to use water as a weapon against Pakistani people in flagrant violation of international treaty obligations.

Delivering a key-note address at the World Affairs Council, a Washington-based think-tank Thursday night, Pakistan’s Ambassador to the United States Jalil Abbas Jilani also called on the US and the international community to help resolve the Kashmir dispute and did not allow New Delhi to distract world from the atrocities, it was committing on the innocent Kashmiri people.

The Ambassador regretted that India was scuttling all diplomatic efforts for a dialogue, including its refusal to engage constructively at the SAARC forum.

“The peace and stability in South Asia will not be possible without resolving underlying disputes, particularly the Jammu and Kashmir being the core dispute; measures for nuclear and missile restraint; and balance with regard to conventional arms,” Ambassador Jilani said.

“Pakistan’s proposal for a strategic restraint regime, based on these three inter-locking elements, remains on the table,” he said, drawing the attention towards Pakistan’s efforts for peace in the region.

Pakistan, he added, has positioned itself as a mainstream partner in the international non-proliferation regime as well as the global efforts to strengthen nuclear security and safety.

On the issue of Kashmir, the Ambassador Jilani said that that Kashmir as a nuclear flashpoint must not be underestimated.

“The international community and the US in particular need to play a role in seeking a peaceful settlement of Kashmir dispute between India and Pakistan, in accordance with the relevant UN Security Council resolutions” he said.

He said the recent indigenous uprising in Kashmir bears testimony to the aspiration of Kashmiri people in seeking what the international community had promised but not delivered.

The Ambassador said that recently, Prime Minister Nawaz Sharif’s special envoys visited Washington to share Pakistan’s perspective, on the grave human rights situation in the Indian Occupied Kashmir, with the US side.

On Pakistan-US relations, the Ambassador shared perspective on trends and prospects in the longstanding relationship and its continuing significance to the foreign

He said Pakistan enjoys a long-standing strategic partnership with the United States and, though the history of our relationship has seen its ups and downs, it has certainly survived multiple tests of times.