Over 80,000 Pakistanis to perform Hajj 2022 as Saudi Arabia announces quota of pilgrims 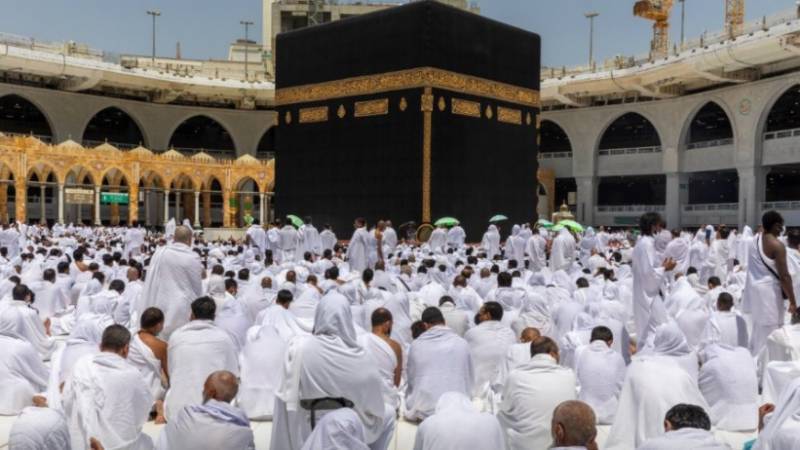 RIYADH – Saudi Arabia has announced quota of pilgrims from all countries across the world for the Hajj 2022.

The Ministry of Hajj and Umrah has approved the highest quota of 100,051 pilgrims for Indonesia, followed by 81,132 for Pakistan.

India got the third-highest quota with 79,237 pilgrims while 57,585 Muslims will go the kingdom for Hajj from Bangladesh.

The African country of Angola has the lowest quota of 23 pilgrims.

The overseas pilgrims constitute 85 percent of the total one million pilgrims to be welcomed by the Kingdom this year. It has announced that 150,000 domestic pilgrims will be allowed to perform Hajj.

The Ministry of Hajj and Umrah announced the decision to expand the Hajj for pilgrims as Covid-19 related curbs have been eased.

The number of pilgrims was reduced by the kingdom in last two years to curb the spread of novel coronavirus. Last year, nearly 59,000 pilgrims were allowed to perform Hajj.

The Ministry said its decision was based on the profound concern afforded by the Custodian of the Two Holy Mosques' government to pilgrims' safety, and the wellbeing of those visiting Masjid al-Haram and The Prophet's Mosque.

“Saudi Arabia is also aiming to safeguard the milestones it achieved in the healthcare sector as it grappled with the COVID-19 pandemic,” read the official statement.

As per the revised regulations, pilgrims should be less than 65 years old according to the Gregorian calendar, and are required to have full immunization with the basic doses of an approved COVID-19 vaccine according to the Saudi Ministry of Health.

“Those attending Hajj from abroad must submit a negative PCR test for COVID-19, using a sample taken within 72 hours before departure to Saudi Arabia,” the ministry said.

The Ministry of Hajj and Umrah has stressed that pilgrims must adhere to preventive measures, and must follow precautionary instructions while performing their Hajj duties, to ensure their health and wellbeing.

RIYADH – Saudi Arabia has announced that women can now register for the Umrah pilgrimage without a male guardian ...