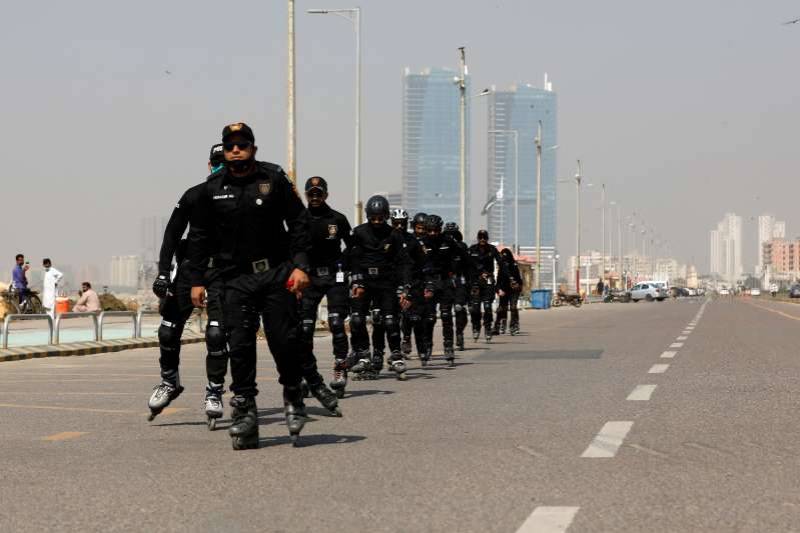 KARACHI – Sindh police have trained a special force on skates to catch criminals who manage to escape using the narrow streets, traffic jams, roadblocks and slums to their advantage where patrolling vehicles cannot reach.

A team of 20 specially trained armed men and women have been assigned to provide security during the PSL matches.

Karachi is one of the busiest cities of the country with a high ratio of street crimes. Criminals use the busiest times to their advantage and disappear in the crowd.

It is due to this factor that the special force has undergone rigorous training to maneuver their way through the crowd. Foot patrolling is slow and tedious while the skates provide them added speed during the chase. 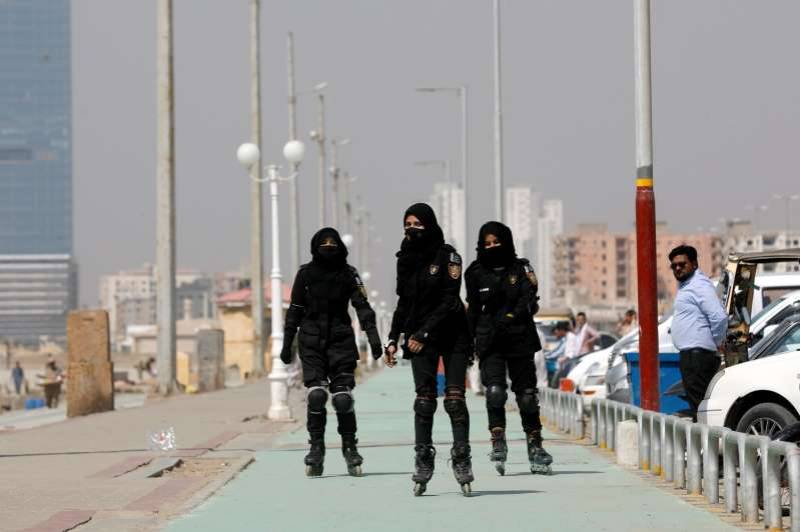 According to the police, the personnel on skates come under the Special Security Unit and also include female commandos.

Security and Emergency Services Division DIG Maqsood Ahmed told local media that the skater force will be deployed at traffic signals and hotspots, where street crime is frequent.

The skater force is also allowed to go inside malls where it is usually jam packed and is a favourite among pickpockets and snatchers.