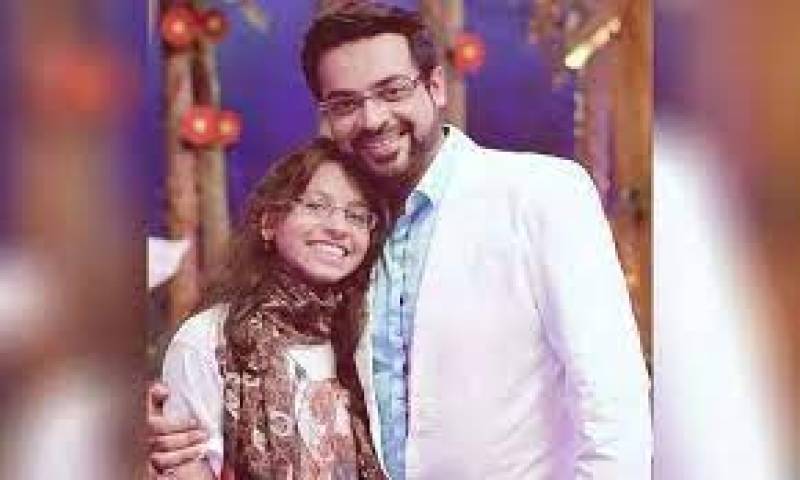 KARACHI – Dua Aamir, the daughter of late televangelist and politician Aamir Liaquat Hussian, has shared the reasons for lodging a complaint with Federal Investigation Agency (FIA) against Dania Malik, the third wife of her father.

A day earlier, Dua’s mother, Bushra Iqbal, submitted a complaint to the cyber crime wing of the agency against Dania days after the latter moved the Sindh High Court for exhumation and autopsy of her husband.

The renowned TV host was found dead at his home in Karachi on June 9 as he was suffering from several mental stress after Dania leaked hi private videos on social media following a dispute between them.

The untimely death of Pakistani religious scholar and TV personality, Aamir Liaquat, has been quite unsettling. ...

Talking to media, Dua said that they had already planned to file a case against Dania but they had to take immediate action against her after she became a party in postmortem case.

The Aamir Liaquat’s children and first wife have been opposing the autopsy of the late politician and SHC, earlier, this week, suspended a judicial magistrate’s order regarding exhumation on their request. The case is still pending with the high court, with next hearing scheduled for upcoming week.

Dua hoped that FIA will take action against Dania and will arrest her soon, adding: “We have provided all evidence in the case”.

KARACHI – Bushra Iqbal, the first wife of late Aamir Liaquat Hussain, got overwhelmed with emotions after the ...