It was a test, says PPP's Khursheed Shah as he walks free from jail after 25 months 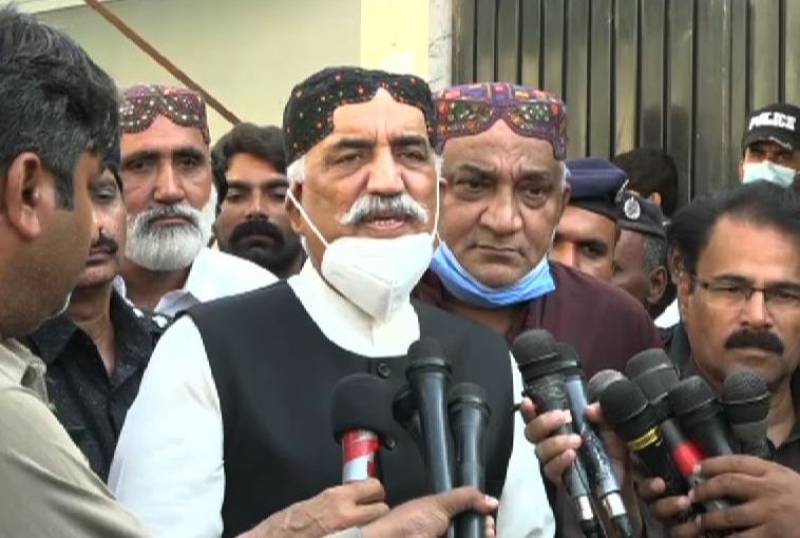 SUKKUR — Syed Khursheed Ahmed Shah, a senior leader of the Pakistan People’s Party (PPP) and former leader of opposition in the National Assembly, was released from jail on Saturday.

Shah has been incarcerated for 25 months in an assets beyond means case and he says his jail term was a test for him. He was released from jail after an accountability court verified the Supreme Court's order for his bail that was issued two days ago.

Shah's son had deposited the bail bonds worth Rs10 million at the accountability court as surety against his father's release. On his release from Sukkur Central Jail, PPP workers accorded Shah a warm welcome.

Although the apex court has granted Shah bail, it has asked the anti-corruption watchdog to continue probing the case against him.

Addressing party workers after reaching his residence, Shah said he had been behind the bars for two years and it was a test for him. He said the government could not prove anything against him despite putting him in jail.

"I was thrown behind the bars due to my love for people," he said, adding that he had nothing against anyone who sent him to jail.

"Conspiracies were hatched against me [...] attempts were made to portray me as separate from PPP," he added.

Assets Beyond Means Case Against Shah

NAB had arrested Shah for allegedly acquiring assets worth Rs700 million in the names of his frontmen through ill-gotten money.