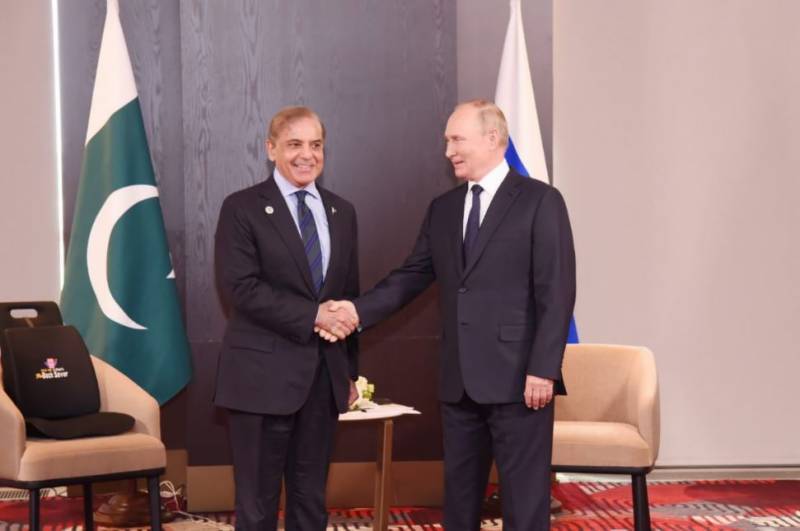 NEW YORK – Prime Minister Shehbaz Sharif revealed on Friday that Russian President Vladimir Putin had assured him of looking into the matter related to gas supplies to Pakistan.

The premier stated this during an interview with Bloomberg as the South Asian country is facing record inflations and fuel prices amid devastating floods, which have affected over 33 million across the country.

Last week, the Pakistani prime minister met Russian President Vladimir Putin in Samarkand, during his two-day visit to attend the annual meeting of the heads of state of the Shanghai Cooperation Organization (SCO). After the meeting, Defense Minister Khawaja Asif said that Russia had expressed willingness to supply wheat and gas to Pakistan.

“I have spoken to Russian President Putin about the availability of gas and he has promised me that he will most definitely will look into this,” PM Shehbaz Sharif told Bloomberg.

He said that final deal in this regard is yet to be made.

The premier said that Pakistan was also in talks with Russia to import wheat as there was shortage of wheat last year, adding that land will not be ready for wheat sowing due to massive floods in the country.

ISLAMABAD – Prime Minister Shehbaz Sharif said on Thursday that an environment of “mutual respect and ...