‘Don’t believe in democracy where powers lie only in Islamabad’ 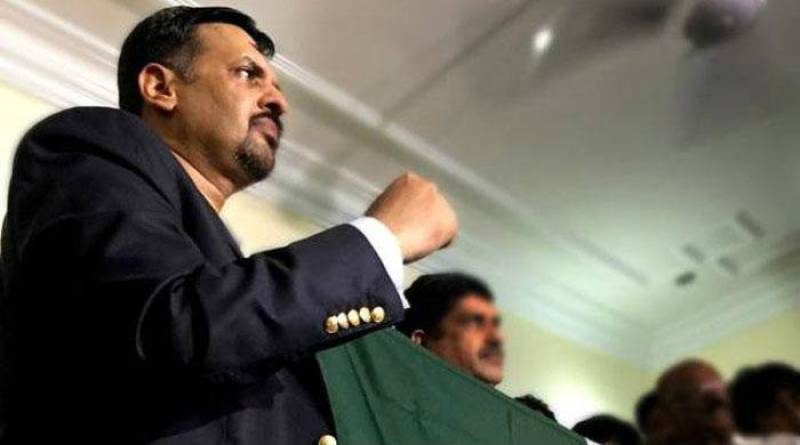 Addressed PSP rally at Bagh-e-Jinnah in Karachi on Sunday, Kamal said the party was breaking records as it was able to cater hundreds of thousands of people within 31 days of its formation. He said that the world was witnessing for the first time that a political party in Pakistan was organising a rally where the party had no flag of its own but there were flags of Pakistan all around. He congratulated the participants on setting these records.

“We don’t believe in democracy where powers lie only in Islamabad. We want devolution of power which is first step of democracy,” he said.

The former Karachi mayor said his party has succeeded in sending its message across the people of Pakistan.

“We have set a world record of fetching so many people in the rally of our newly-created party. It has just been 30 days since we launched our party and thousands have come here to express their solidarity with us,” he added.

Mustafa Kamal made headlines when he returned to the country on March 4 and dropped a bombshell on MQM with startling revelations against his former party MQM and and its supremo leader Altaf Hussain who is living in self-exile in London.

At his press conference flanked along Anees Qaimkhani, he levelled serious allegations on Altaf Hussain-led party, accusing it of being funded by Indian spy agency and targeted the MQM chief for resorting to violent approach in keeping hold of the city.