Aamir Liaquat announces not to contest next election on PTI ticket 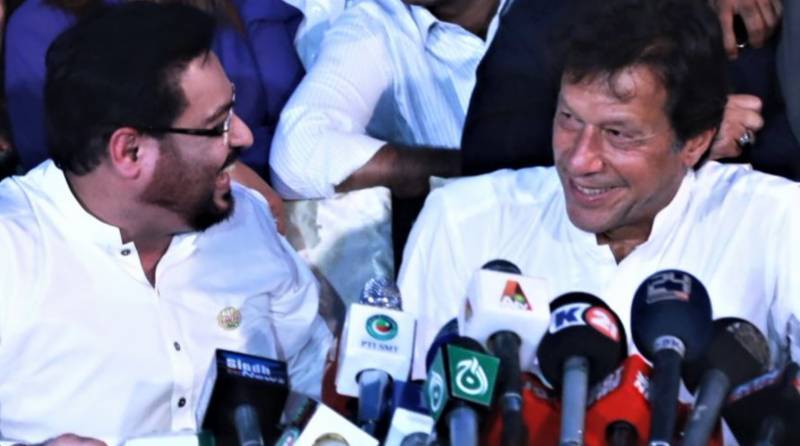 Speaking in a prime-time show of a local news outlet, Liaquat raised concerns about Prime Minister Imran Khan’s government. People call me a ‘servant of PTI’, he can be heard saying as he opted not to contest upcoming polls on Pakistan Tehreek-e-Insaf ticket.

Liaquat, however, refused to name the next party he is going to join saying it's not the right time to open the pandora's box. He mentioned contesting the polls, saying people of NA-295 will root for him in the next general election.

Scholar turned game show host, who recently announced his third marriage with Dania Shah, hinted at going on honeymoon at the time of the no-trust motion against Imran Khan-led government.

His statement comes days after, he openly announced his allegiance to the founder of Muttahida Qaumi Movement (MQM). “Imran Khan is my prime minister but Altaf Hussain is still my Quaid,” said the 49-year-old lawmaker of ruling Pakistan Tehreek-i-Insaf (PTI) at a ceremony in Karachi where he was invited as an honorary guest.

As the 49-year-old politician distanced him from the ruling party, PTI Sindh Vice President wrote a letter to Secretary-General Asad Umar to revoke Aamir’s party membership.

Raja Azhar mentioned that the party should take action against the viral video of Amir Liaquat as he is damaging the party's repute with incautious statements.