Future of food? US company is the first to produce ‘human breast milk’ 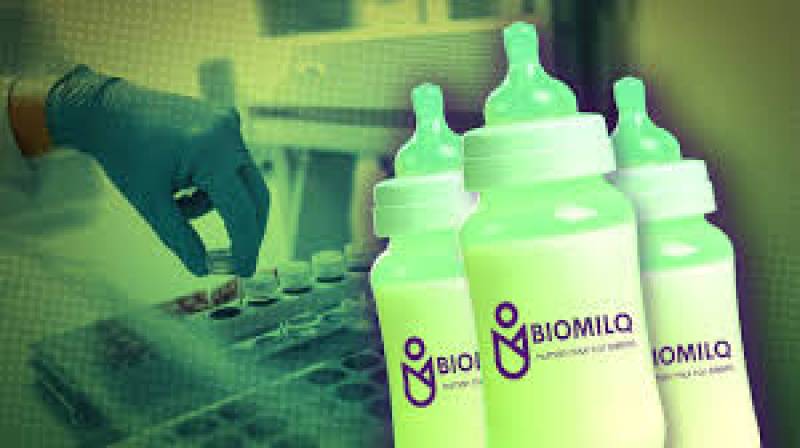 RALEIGH – A US-based company has announced a bizarre yet ‘original’ product that is apparently the world’s first cell-cultured human milk from mammary cells in a laboratory.

Keeping in view the numerous health and developmental benefits of breastfeeding, the company BIOMILQ came up with a formula option for those who can't or choose not to breastfeed the newborns.

Reports in international media quoting the founders stated that the nutrition profile matches hundreds of proteins, complex carbs, fatty acids, and other lipids abundantly present in breast milk as closely as possible.

The breakthrough announced in the recent months claimed that their product has the potential to feed the infant with all needed nutrients besides having a great impact on the environment, as over 10 percent of dairy today goes towards making baby formula.

The company claimed that ‘Biomilq is more than just a collection of the components of breast milk.’

Two female scientists, Leila Strickland and Michelle Egger launched the startup in 2019 and the product was born from a personal pain point as the son of one of the founders was born early while she struggled to stimulate enough milk. She ended up ‘pumping constantly,’ she told a media outlet and felt worn down by messaging that if breastfeeding didn't come easily, she just had to try harder.

Breast Milk is also considered crucial for newborns as World Health Organization (WHO) recommends that mother exclusively breastfeed their babies until the age of six months, and incorporate breast milk in their diet until the age of two.

According to a report, it is estimated that only a quarter of Americans exclusively breastfeed for the six months recommended, for a variety of reasons.

As breastfeeding isn’t possible in some cases, formula milk lacks the complexity and immunity-boosting qualities of nature-produced milk, but the macronutrients present in BIOMILQ’s cell-cultured human milk proteins, complex carbohydrates, fatty acids, and other bioactive lipids reportedly closely match those in breast milk.

Last year, cultured meat, produced in bioreactors without the slaughter of an animal, was approved for sale by a regulatory authority for the first time in the US.