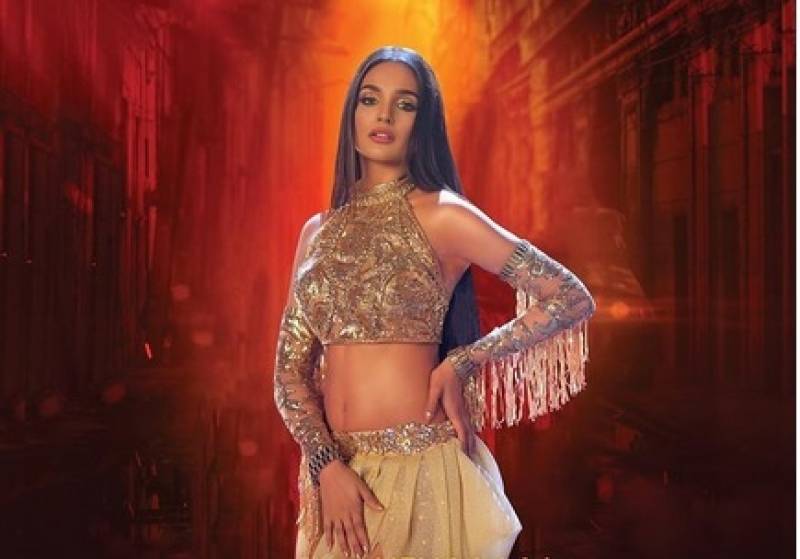 KARACHI – The much-awaited film ‘Chaudhry the Martyr’ by Neha Laaj is all set to hit cinemas across Pakistan today (Friday).

The action thriller is a biopic on the life of slain police officer SP Mohammad Aslam Khan.

However, model and actress Amna Ilyas has also spread her magic with her performance in a special song ‘Aatish’ of the movie.

The Baaji star has dropped a glimpse of her performance on Instagram, and it can surely be dubbed as high-voltage performance.

“And then there’s this. Sorry for raising the temperature more than it should be!!” she captioned the video.

The role of the protagonist's character, Chaudhry, has been played by a fellow police officer Tariq Islam Khan.

Chaudhary Aslam Khan joined the Sindh Police force and gained fame after working as an encounter specialist from 1992-1997. He embraced martyrdom on January 9, 2014 in a terror attack on Lyari Expressway.

KARACHI – The teaser for the upcoming film ‘Chaudhry the Martyr’ has been released at an event in the ...