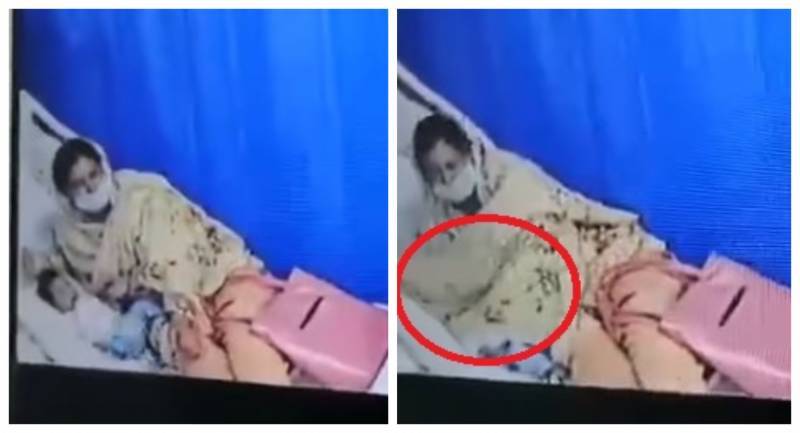 ISLAMABAD – Police in Rawalpindi have booked a woman who was spotted strangling the infant in the CCTV footage at a hospital.

Reports quoting police spokesman said the case has been registered against the woman under directions of the City Police Officer (CPO) Muhammad Ahsan Younas.

In the CCTV footage of the incident that occurred in Rawalpindi Institute of Cardiology, the woman can be seen covering the infant under her dupatta, as she pressed his throat in a bid to strangulate the tot.

Meanwhile, the victim's father did not want to proceed with legal action against her wife. The newborn’s father Muneer Ahmed told the cops that his wife is suffering from a mental disorder following the death of his nine-year-old child.

RAWALPINDI – A heartless woman was spotted attempting to kill her one-year-old son at a private hospital in ...

On Tuesday, the incident was timely noticed by the hospital staff through CCTV cameras as nurses immediately reached the ward and saved the kid. The one-year-old child has reportedly been handed over to Child Protection Bureau.

RAWALPINDI – A heartless woman was spotted attempting to kill her one-year-old son at a private hospital in ...