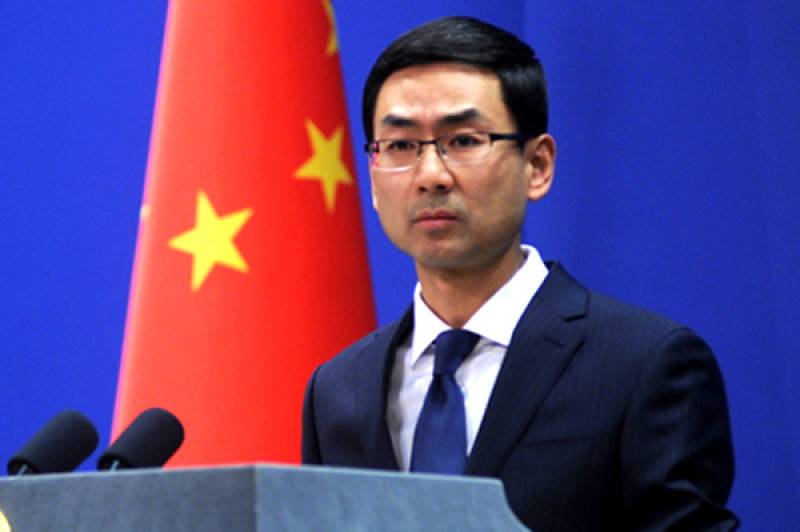 BEIJING - China on Saturday appreciated Prime Minister Imran Khan’s remarks about China-Pakistan Economic Corridor (CPEC) and said it was ready to work with Pakistan to continue to promote high-quality development of the Corridor and bring more benefits to the two people.

“The Chinese side has taken note of Prime Minister Khan’s remarks and appreciates that,” said a Chinese foreign ministry’s statement referring to Prime Minister Imran Khan’s recent interview in which he said, “Pakistan is grateful to China as they helped us in difficult time by making investments.”

The spokesperson said that over the past six years or so since the launch of the China-Pakistan Economic Corridor (CPEC), significant positive progress has been made.

It said, in advancing the construction of the China-Pakistan Economic Corridor, China had always followed the principle of joint consultation, joint contribution and shared benefits, and had always given priority to the interests of the Pakistani people.

China was ready to work with Pakistan to continue to promote high-quality development of the Corridor and bring more benefits to the two peoples, it said and added, “We have full confidence in the future of the corridor,” It may be mentioned here that in the interview, during his recent visit to Davos, Switzerland, the prime minister had rejected the impression that CPEC had made Pakistan ‘indebted’ to China and pointed out that Chinese loans accounted for only 5-6 per cent of Pakistan’s total loan portfolio.

“The CPEC envisages cooperation in different sectors, including technology transfer in the agriculture sector, and because of Chinese investment, we have been able to attract more foreign investment in the country,” he said.