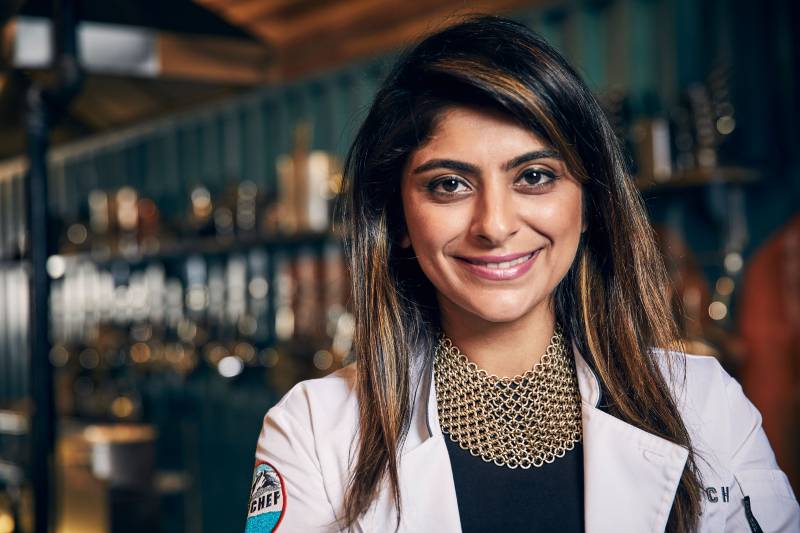 The untimely demise of late chef Fatima Ali left her fans absolutely heartbroken. The 29-year-old died after a year-long battle with Ewing’s sarcoma – a rare type of cancer that affects the bone tissue.

January 25 marks the second death anniversary of the former Top Chef contestant, Fatima Ali. Born on August 8, 1989, Ali dreamt of becoming a chef since childhood. Moved to the United States at 18, she graduated from the 'Culinary Institute of America' in Hyde Park, N.Y.

She began her career as a junior sous chef at Café Centro in New York, before becoming the youngest executive sous chef at Stella 34 Trattoria at the Macy’s in 'Herald Square.' Her successful appearances on the reality cooking shows Chopped and Top Chef, and for winning the 'James Beard Foundation Award' for her essay on living with sarcoma, won her critical acclaim in the culinary world.

Keeping her legacy alive, 'The Chef Fatima Foundation' is an initiative to spread joy and bring about change through food. Enabling people to see through sweet gestures of hospitality, and share delicious and comforting food experiences with people who may not have ready access to them.

Her mother Fareezah Durrani penned a heartfelt note in the loving memory of her late daughter:

"When my daughter Fatima was five years old, her teacher often gave her a weekly assignment. She would be given a pictogram of a recipe — a cupcake, a fruit cup, sometimes a sandwich — to make on the weekend. She would anxiously wait for each recipe and excitedly wave it when she came home on Fridays. She was, then, the only child I knew who enjoyed homework."

Reminiscing about Ali's battle with cancer and her last days, "Cancer raged through her body. We brought her back home from the hospital after months and she asked me to make sure that at least 300 children in Lahore must have a burger meal from a top burger franchise. It comforted her, even in her last moments, to know that 300 children would get to sink their teeth into a burger and, for just a bit, feel better."

On a concluding note, her mother said, "Through all of this, Fatima’s vision to make food and hospitality viable career choices for people in Pakistan, no matter what their background, will be that much closer. And maybe, we can start building Pakistan up as the next great food destination. God knows, our food deserves it. With any luck, another little girl will go to her mother one day and tell her, “Mom, I want to be a chef — just like Chef Fati.”