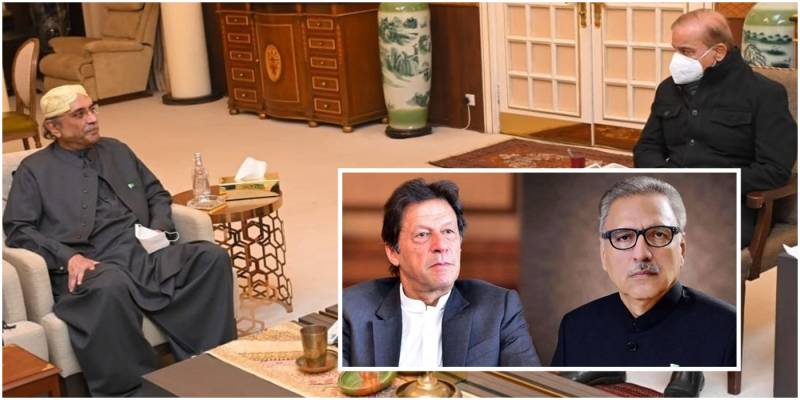 With the political temperature rising in crisis-hit Pakistan, top leaders are meeting to chalk out future strategies.

Reports in local media said Alvi exchanged views the Imran Khan about the dilapidating political situation as ruling alliance members hinted at the arrest of the PTI chief, who is facing a flurry of cases since being removed from power last year.

It was reported that the two met at Prime Minister’s House, and discussed the country’s political situation besides reviewing the politics of the southeastern region.

As Khan gains momentum on the heels of the current crisis, the ruling alliance leaders are discussing ways to resolve reservations of MQM-Pakistan and other allies.

The current development in politics threatens to plunge the country of over 220 million, already struggling with the worst economic crisis in recent times, even deeper into political turmoil.