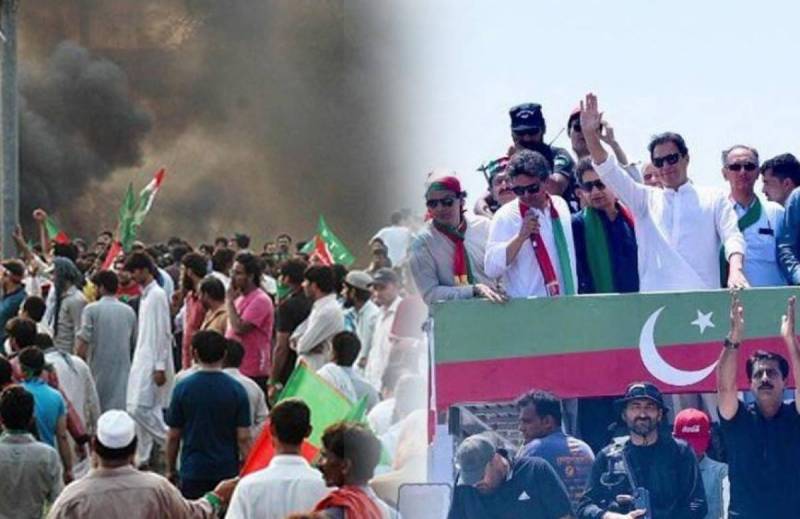 ISLAMABAD – Supporters of former Pakistani premier Imran Khan gathered outside his home on early Wednesday to stop police arresting him amid latest drama in the country's politics.

As senior PTI leader Fawad Chaudhry has been held from his residence in the provincial capital, other party members claimed reports that the federal government was planning the same for PTI Chairman Imran Khan, with the help of caretaker government members.

The call for a meeting outside Imran Khan’s residence was given after a high-level meeting of Punjab police officials took place in the metropolis, per reports.

As workers were present outside the residence of the PTI chief to prevent the authorities from arresting their leader. 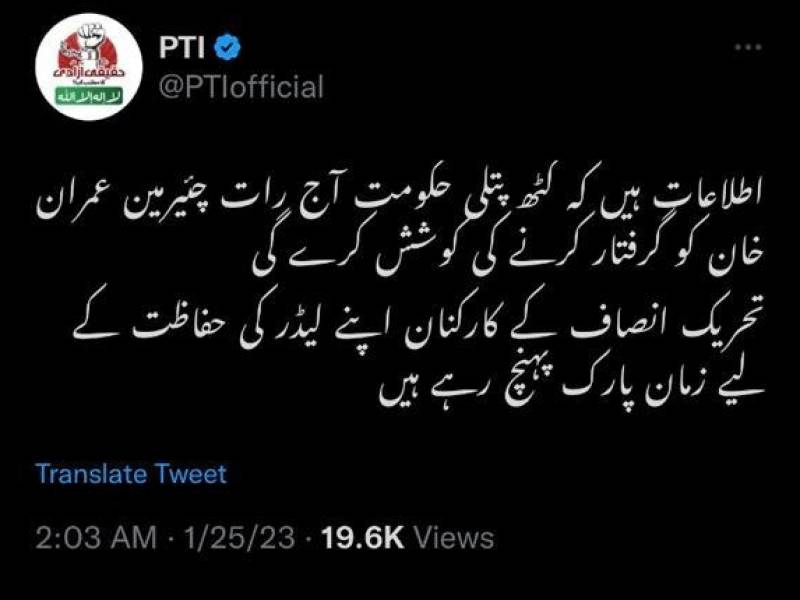 Meanwhile, the leaders of the former ruling party have warned that their leader is a red line and called on other supporters to hit the streets across the country in protest against his possible arrest.

The defiant politician is facing a flurry of cases since being removed from the premiership.

The ousted premier has been pushing for early polls in the crisis-hit country after being ousted from power and continued to deliver fiery speeches at party gatherings, firing salvo at institutions, and his rivals.