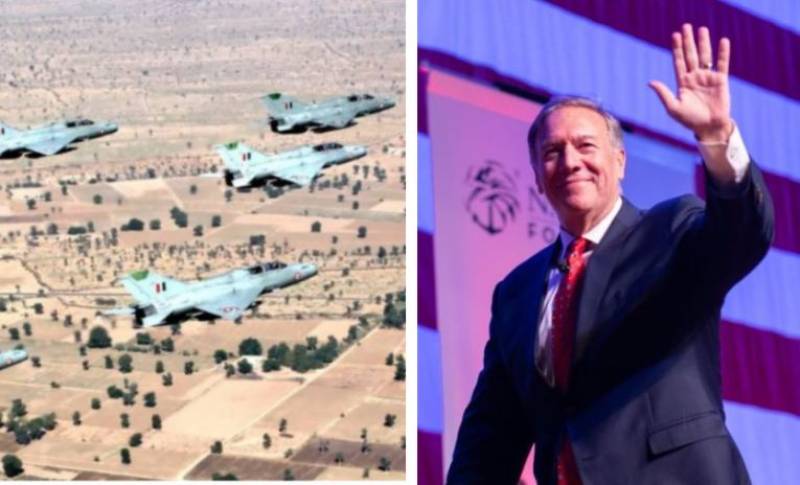 WASHINGTON – Former US secretary of state Mike Pompeo recalled a series of armed clashes consisting of cross-border airstrikes between nuclear-armed Pakistan and India back in 2019.

The close aide of former US president Donald Trump mentioned the 2019 tensions in his latest book Never Give an Inch: Fighting for America I Love.

As tension remain unabated between the two sides, Pompeo’s revelation in his book unveiled the famous chapter as he mentioned that Islamabad and New Delhi were too close to nuclear war in 2019 and that Washington's intervention avert escalation.

The former diplomat said “I do not think the world properly knows just how close the India-Pakistan rivalry came to spilling over into a nuclear conflagration in February 2019”.

Pompeo said he will never forget the night when he was awakened to speak with his Indian counterpart. Late Sushma Swaraj believed Islamabad had begun to prepare their nuclear weapons for a strike, saying I told her to do nothing and give us a minute to sort things out.

He then mentioned approaching former Pakistan Chief of Army Staff General Qamar Javed Bajwa, and he told the latter what the Indians had told him. Bajwa said it wasn’t true.

He took credit, saying “no other nation could have done what we did that night to avoid a horrible outcome.”

In 2019, two Pakistan Air Force jets targeted two Indian warplanes in a dogfight and shot them down along the Line of Control (LoC), the military's spokesman has confirmed.

After an aerial engagement in Jammu and Kashmir’s Nowshera sector, Pakistan claimed that it captured one Indian pilot.

The downed pilot was identified as Wing Commander Abhinandan Varthaman and seen in a video of what appears to be an interview at a Pakistani Air base, in which he praised the professionalism of Pakistan Army but denied to share any sensitive information.

His warplane, MiG 21 Bison, hit by Wing Commander Nauman Ali Khan, had crashed on Pakistani side of the Line of Control, while the second IAF fighter jet Sukhoi Su-30, which was downed by Sqn Leader Hassan Siddiqui, landed on the Indian side.