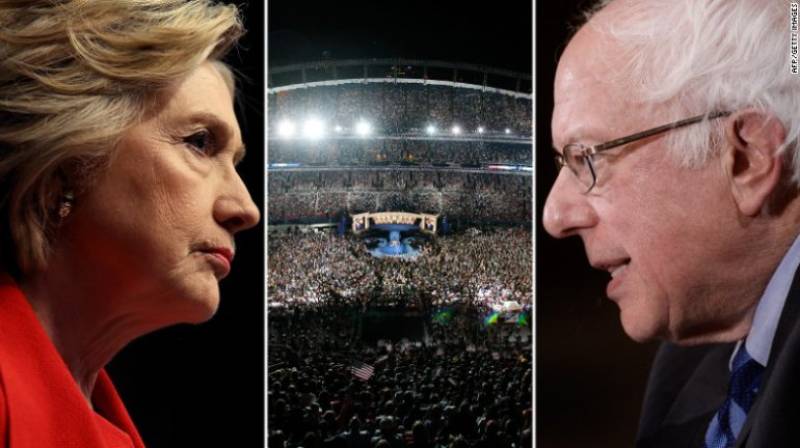 PHILADELPHIA - The leak of more than 19000 Democratic National Committee (DNC) emails on Friday, which show party bosses blatantly favoring Hillary Clinton over Bernie Sanders in the Democratic presidential nominee race, has boosted disunity in the party and forced DNC Chairwoman Debbie Wasserman Schultz to resign ahead of the four-day democratic convection starting today.

Bernie Sanders, who had demanded Debbie’s resignation even before the leaks, said that she had made the right decision for the party by stepping down. He also reminded Democrats that the party leader should be impartial in nomination process, a requirement that Schultz clearly did not fulfill based on evidence from the leaked DNC emails.

The emails, which were leaked by the global whistle-blowing website Wikileaks, show DNC officials thinking of different ways to undermine Bernie’s momentous Presidential campaign, including raising question about his faith.

These emails have eclipsed the Democratic Party's preparations for Hiliary Clinton’s official nomination in Philadelphia as the party's presidential candidate against the already-nominated Republican candidate Donald Trump. Both candidates will contest the upcoming United States Presidential elections in November, this year.

Hillary, who is set to become the first woman nominated for President by a major US party, will be endorsed by the Businessman and ex-mayor of New York City Michael Bloomberg in a prime-time speech today.

However, the leak of DNC private emails has rocked the party which is keen on putting up a united front in contrast to the divisions that were on display in the Republican party during Trump's nomination last week. A bitter primary campaign between Clinton and Sanders has already caused concern among many Democratic-leaning voters caught between the markedly different agendas of both candidates.

The resignation of the chairwoman and the pro-Sanders rally in Philadelphia has dealt a dramatic blow to the party keen on showing a united front.

DNC Vice Chair Donna Brazile, also a political commentator for CNN, has been announced as the interim leader, which will suspend her contract with CNN throughout the period of elections.

US to split $7bn in frozen Afghan assets between humanitarian aid, 9/11 victims