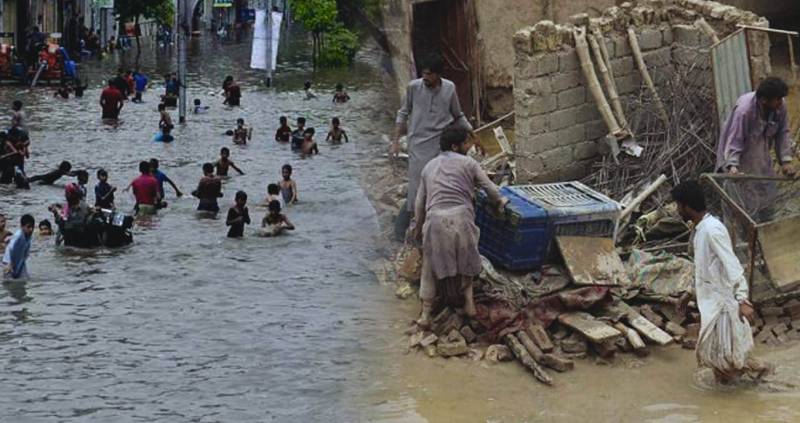 ISLAMABAD – At least fourteen people died, while scores of citizens were shifted from inundated areas as heavy rains wreaked havoc across the country.

Authorities also confirmed that as many as 27 people suffered injuries amid the devastating monsoon in Pakistan.

At least four people, including two tourists, died as roofs of two buildings collapsed after heavy rains in the country’s most populated region Punjab. Another nine-year-old boy was electrocuted.

In the provincial capital Lahore, a person was killed and three others were wounded as a mud roof collapsed.

In the country’s southeastern region, a man drowned in the Lyari River and another man was buried under a landslide in the port city Karachi.

Sindh government announced a public holiday in Karachi and Hyderabad Divisions after relentless rain continued that causing urban flooding and suspension of power in many areas.

Recently, officials reported that the death toll from more than five weeks of monsoon rains and flash flooding across South Asian country has reached 304.

Sindh and Balochistan provinces remained the worst hit regions where scores of people died in rain-related incidents and subsequent flooding.

The country of nearly 221 million struggles with the annual monsoons eave year as citizens lament poor planning by authorities.