Zarnish Khan tells interviewer why she got married at 17 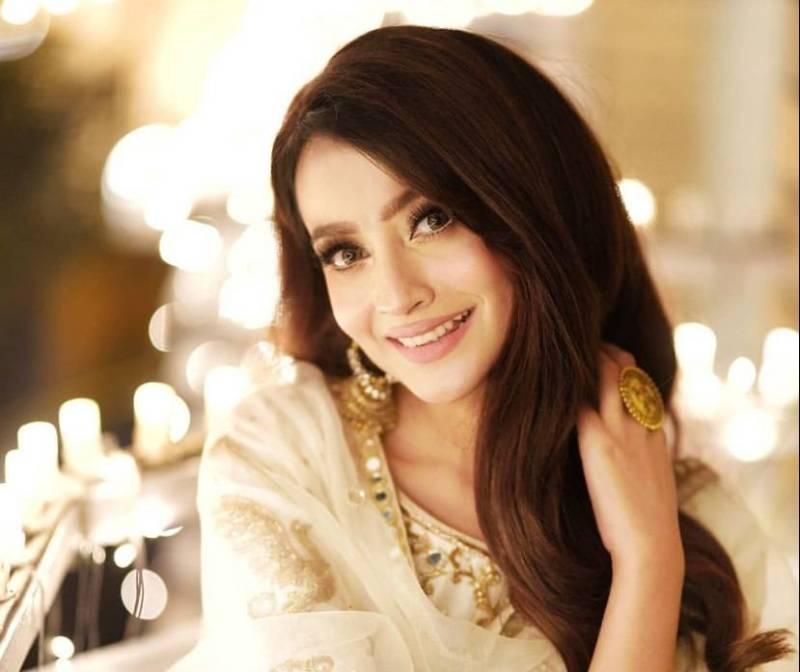 Pakistani actress Zarnish Khan has cemented her position in the television industry with her acting skills and beautiful looks.

During the question and answer session, the Yeh Dil Mera star shared tidbits about her projects, personal life, chaos when she won her award and thoughts on Meera.

Talking about the time when she won the award, Zarnish said, “The day my award was announced my mother passed away the same day. At the time I knew about my nomination my mother was hospitalized and I couldn’t just really focus on that. I actually realized after a year that yes I won an award. It occurred to me much later.”

Moreover, Zarnish briefly touched on her childhood and her tomboy personality. She revealed that she got married at a very young age and it was the best decision of her life.

The host asked her what would Meera be if she werent' an actress? The options were: rapper, air hostess, politician or captain. Zarnish said Meera would be a captain and laughingly added that there would be two captains in the house and they would have to manage.

On the work front, Zarnish Khan has been praised for her performance in the drama serial Aitebaar co-starring Ali Safina and Syed Jibran.

Lollywood queen Meera has done it all - from rumours of a secret marriage to risqué films, she is always the ...