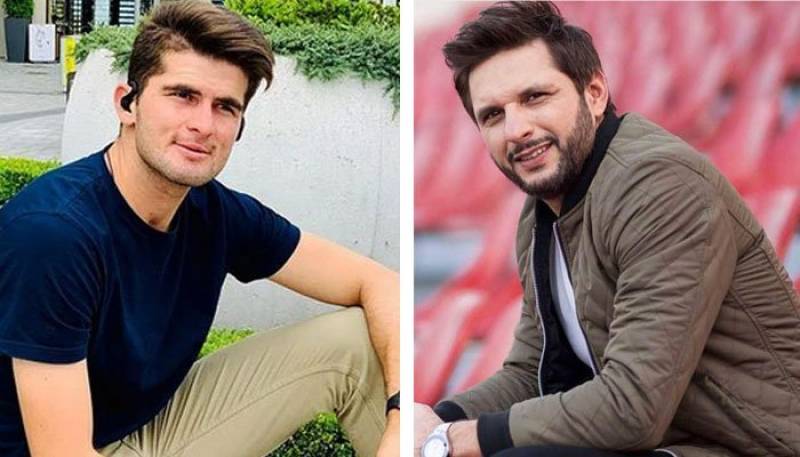 Pakistan pacer Shaheen Shah Afridi has wished speedy recovery to former skipper and his father-in-law to-be Shahid Afridi, who has been ruled out of PSL6 due to lower back pain.

In a tweet, the young bowler, who is engaged to the daughter of the all-rounder, said: "Get well soon Lala @SAfridiOfficial. You are the pride of Pakistan. We will miss you at PSL".

Get well soon Lala @SAfridiOfficial. You are the pride of Pakistan. We will miss you at PSL. 🙏

Multan Sultans star all-rounder was training in Karachi for the upcoming PSL6 matches when he experienced pain in his lower back. He was examined by a doctor who advised him a complete rest.

Shahid, who appeared in the four Karachi-leg matches, has been replaced by Khyber Pakhtunkhwa’s left-arm-spinner Asif Afridi who would be joining the Sultans squad in Abu Dhabi.

Shahid Afridi: “While training for the remainder of the HBL Pakistan Super League 6, I felt lower back pain and had to consult a doctor. Unfortunately I have been advised to rest and can no longer accompany my team Multan Sultans for the Abu Dhabi-leg.

“I am disappointed that I would be sitting out of the tournament, but my best wishes, support and prayers are with the team to take the trophy.”

LAHORE – The Pakistan Cricket Board (PCB) has enforced stricter restrictions for players and administration ahead ...