Have YOU started working on your 'New Year Resolutions 2017' yet!? 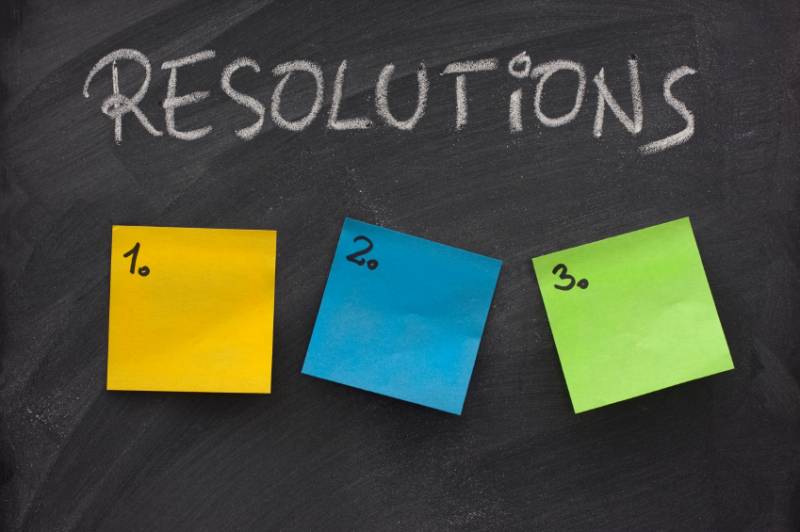 It's that time of the year when you start regretting not going all the way with your new year’s resolutions.

It's the end of November and most of us are still broke, haven't travelled, the same weight and not getting any younger. The guilt and regret is about to kick in.

So, as an early thought on the New Year’s resolutions we thought we'd introduce the idea of some resolutions that should be on your list but never are.

1. Sharing is caring: All of us have a little Joey inside us that dies a little every time someone tries to take fries from our plate. Take a deep breath, relax and extend that plate. Yes, it will mean fewer calories in your tummy, a happy friend and no regrets at year end.

2. Hear, hear! : Who doesn't remember zoning out in the middle of a conversation?  Some people just can't stop talking. Next time you're in such a situation, drive the conversation to something interesting. Throw a random fact in there, steer the wheel, turn the tables around. Don't be a victim of a mediocre conversation, be the hero of an interesting one! It will also make the person you’re snoozing in front of feel not so bad about them.

3. Seeing is not believing: Remember that girl who wore the tackiest dress to the prom? Or that guy who came in a beat up old truck to school?

Remember that time you were jerk enough to judge people on appearances? Yeah. We've all been there. It's about time we give people a chance and understand their situation rather then pass judgments. You wouldn’t want someone to see pictures from your puberty and go all Paris Hilton on you? (Yes, I went there)

4. Don't be hatin' : It's amazing how some of us are dropping bombs in the latest winter collection but refuse to drop a grudge for something that happened in 1901. Get over it, seriously. How long has it been that you haven't spoken to a friend because of a grudge? Be the bigger person and let it goooooo (Frozen lessons)

5. Do your part: In everything. Stop hiding from work to squeeze in another episode of your favorite TV series. Whether it's helping around at home, doing your bit at a dinner, or helping your roommate with cleaning, just get up and go. Make things easier for all instead of making them harder for just one person. (There's a huge pile of laundry awaiting my attention as I type)

The idea is not lecture anyone or be a 'new' you in 2017. It's to incorporate good and positive behavior in the littlest of things. The happiness you get from doing good surmounts anything achieved from visiting another island and uploading pictures on Facebook of your amazing annual holiday (More on that another time)