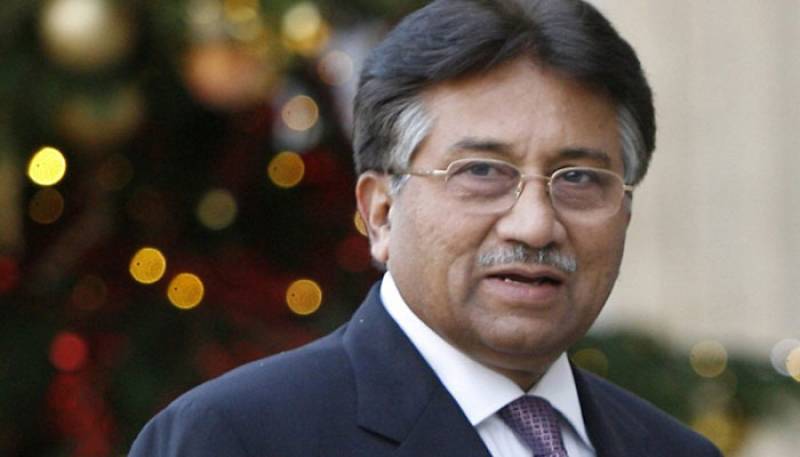 ISLAMABAD - The interior ministry on Monday filed a petition in the Islamabad High Court, requesting it to stop a trial court from announcing the verdict scheduled for November 28 in a high treason case against former military chief General Pervez Musharraf.

An identical petition was also filed in the high court by Musharraf's counsel but with different arguments. The special court had reserved its verdict on November 19.

The ministry has argued that co-accused in the sedition case were not included in the trial. The prosecution team, which submitted its written arguments to the court on Oct 24, was not authorised to take up the case as it was disbanded on Oct 23 by the government, it added.

Therefore, the special court should be stopped from announcing the verdict in the Musharraf case until a new prosecution team was appointed, the ministry pleaded the court.

Former military ruler's counsel Salman Safdar in his separate petition asked the court to halt the decision until he is given the opportunity to submit his stance in the case.

Safdar said that his client was unable to appear in the court due to illness, adding that he was deprived of defending Musharraf in the case.

Earlier today, the Lahore High Court (LHC) took up former president's petition challenging the verdict reserved by a special court in the high treason case against him.

Justice Syed Mazhar Ali Akbar Naqvi, who presided over the proceedings, asked Musharraf's lawyer, Khwaja Ahmed Tariq Rahim, to present two-point statements on Tuesday and assist the court regarding the maintainability of the petition.

He was directed to submit his arguments on the following points:

How can the LHC hear the petition if there are proceedings against Musharraf ongoing in the Supreme Court?

Musharraf is a resident of Islamabad — how is the petition maintainable in Lahore?

Former president Musharraf is facing treason trial under Article 6 of the Constitution as well as Section 2 of the High Treason Act for clamping the state of emergency on Nov 3, 2007. He was booked in the treason case in December 2013 and was indicted for high treason by a special court in March 2014.